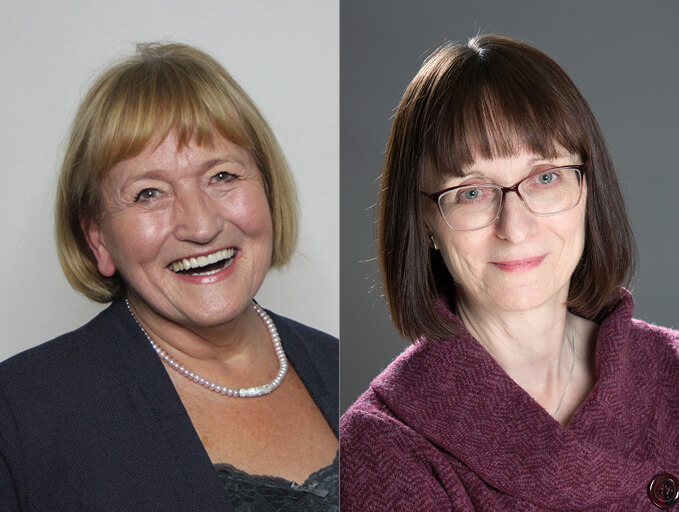 That’s the finding of new research at Aston University carried out by a successful businesswoman who became an entrepreneur again at the age of 60.

Dr Isabella Moore CBE, who completed a Doctorate in Business Administration at Aston, was talking about her experiences in the first episode of the fourth series of ‘Aston means business’, presented by journalist Steve Dyson.

She chairs the board of Comtec Translations, a specialist languages company she founded in the 1980s before selling it in 2002 and then buying it back “for a lot less than I sold it”.

Dr Moore, who was aged around 60 when she found herself an entrepreneur again, explained: “What struck me was that I remembered issues I had when I started in business in my 30s and I realised there were now some very different issues I had to contend with.”

Those issues included being a grandmother, with some responsibility to support her daughter with the grandchildren, and having a mother who was now over 100.

“But above all at that age what I found was a drop in confidence in myself and the feeling that somehow society saw me as somebody that has done something, achieved something, but it's time to retire. That was an identity that I had to struggle with."

Dr Moore developed an interest in women's entrepreneurship in her earlier career which saw her in a variety of roles, including the first female President of the British Chamber of Commerce. She said: “It seemed natural when I found myself running a business in later life that I wanted to look at the issues I was contending with.”

Dr Moore, who dislikes the term ‘older’ or ‘senior entrepreneur’, began her study by interviewing an equal number of men and women and looked at the research from three perspectives, starting with “societal attitudes” against setting up in business in later life.

She also explored motivations, the challenges in getting the resources needed to set up in business, and the differences for men and women. She discovered that society did not see people who retire as potential entrepreneurs, despite having skills and experience.

Dr Moore said: “The perception is they ought to be thinking about playing golf and looking after grandchildren. But they agreed that many business support organisations don't take women in later life who might be thinking to set up in business seriously.

“They felt society assigned to them certain roles that it's very difficult to get out of – the role of carer for grandchildren and elderly relatives. As a result, society regards women in later life as not potential material for entrepreneurs.”

Dr Moore said such women were “very reluctant” to approach financial institutions like banks to support their business.

“I also think the media need to portray women in later life in a different way, and government policy needs to be refined around welfare, around pension, and make it easy for them to set up in business rather than put up hurdles.”

Entrepreneur Merle Palmer was also interviewed on the podcast. She set up a genealogy business called Your Scots Past in 2013 at the age of 49 after being made redundant.

She said: “It was challenging in many ways. Being made redundant so unexpectedly really undermined my confidence and I struggled initially to find any support.”

Ms Palmer said she undertook formal training, which helped, but added: “A lot of the other elements that rely on confidence were lacking. Also, after many years of representing a company, the biggest challenge was going out there and promoting myself.”

She said the biggest difference came from finding a good mentor and things were now going well. And her advice to others? “Finding a good support network of peers who understand what you are going through, having the right mentor, and recognising your transferable skills.”

▪ Episode 1 in Series 4 of the ‘Aston means business’ podcast can be found at https://www2.aston.ac.uk/aston-business-school/podcast.

Be first to get the latest news, research and expert comment from Aston

The owner of a marquee hire company is taking something back from COVID-19 after the pandemic almost destroyed his usual business operations overnight.

Abhilash Nair, an expert in internet law and online child safety from Aston University, was invited to give evidence at an All Party Parliamentary Group (APPG) on Social Media on 22 March.