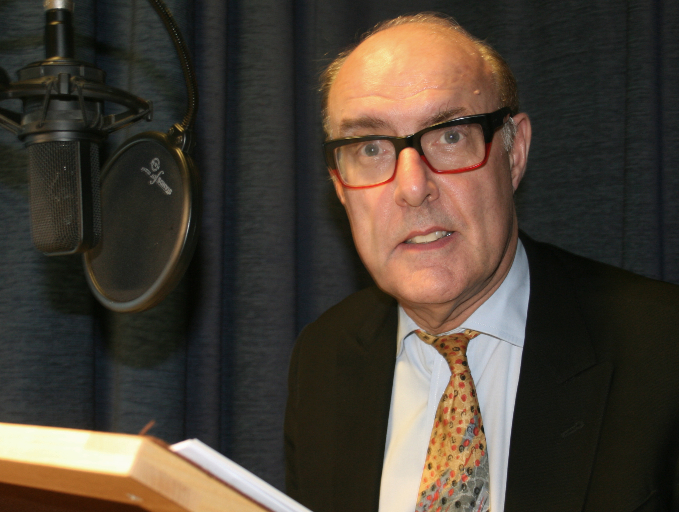 Renowned British author and historian, Professor Sir David Cannadine, is to be awarded an honorary degree by Aston University.

Sir David will receive the honour at a ceremony at Eastside Rooms in Birmingham on 20 July 2022.

He is Dodge Professor of History at Princeton University, visiting professor at the University of Oxford and former president of the British Academy (2017-2021).

He is author of many books, including Victorious Century: The United Kingdom, 1800-1906, The Decline and Fall of the British Aristocracy, Class in Britain, Ornamentalism, The Undivided Past, and biographies of GM Trevelyan, Andrew W Mellon, King George V and Margaret Thatcher.

Sir David has helped transform public perception of key historical figures, namely politicians, through his BBC Radio 4 series Prime Ministers Props’ and his latest book, Churchill, The Statesman as Artist, which provides the most important account yet of Winston Churchill’s life in art.

He is a trustee of the Wolfson Foundation, the Gladstone Library and many more. He sits on the Bank of England Banknote Advisory Committee and is a vice president of the Victorian Society. Sir David is the editor of the Oxford Dictionary of National Biography and became the 168th president of the Birmingham & Midland Institute in 2021.

“I am deeply flattered and hugely delighted to be awarded an honorary degree by one of the universities in the city where I was born, grew up, and began my life's journey.

“I greatly look forward to this ceremony, to joining in celebrating the latest brilliant cohort of Aston University graduates, and to being back and home in Birmingham.

“I am delighted that Aston University will bestow this honour on Sir David in recognition of his career achievements and work to transform public perception of key historical figures.

“His success is something our students can be inspired by.”

Do black lives matter in British history? Award-winning historian and TV broadcaster, professor David Olusoga OBE is to take part in a live conversation and Q&A at Aston University.