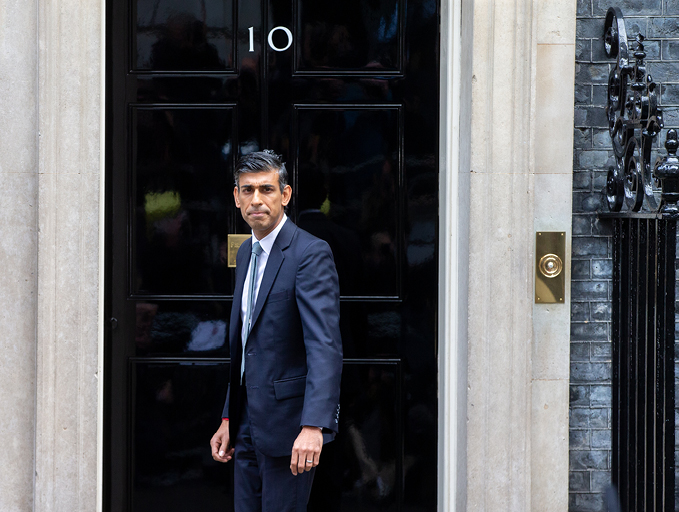 Having the first non-white leader of the UK is undoubtedly a “big moment” in the history of British politics, according to an academic at Aston University.

But, although he may be able to count on the British Asian vote at the next general election, Rishi Sunak faces a major challenge to remain in No 10 due, in part, to the growing number of Conservative MPs intending to stand down.

Dr Akhtar, who has studied across Europe and authored a book on British Muslim politics, was speaking as part of the latest episode in the 'Society matters' podcast series, presented by journalist Steve Dyson.

She said Rishi Sunak benefitted from a “privileged upbringing”, but also married into wealth in the form of the daughter of Indian billionaire N R Narayana Murthy, co-founder of information technology company Infosys.

With the couple having a combined wealth of £730 million, Parveen said Rishi Sunak can “allegedly lay claim to another title – the richest man to ever sit in the House of Commons”. A “scandal” over his wife’s non-domiciled tax status had even threatened to end Sunak’s career less than a year ago.

Dr Akhtar, who is currently writing a new book on the politics of Pakistan and Pakistanis abroad, said Rishi Sunak’s paternal grandparents were from Gujranwala, which is in present-day Pakistan.

Sunak, himself, was born in Southampton, but his father Yashvir, a family doctor, and mother, Usha, a pharmacist who studied at Aston University, were born and brought up in present-day Kenya and Tanzania respectively.However, they joined an exodus of Asians from East Africa in the second half of the last century, fuelled by Idi Amin’s wholesale expulsion of Asians from Uganda in 1972.

Sunak’s “cultural affinity” lies with his Indian roots, Dr Akhtar said, including being a practising Hindu, and he himself had said that ‘British Indian’ is what he ticks on the census.

She added: “The Sunaks’ personal family history could be read as a testament to the British dream: the idea that the UK is a land of opportunity where, no matter who you are, if you work hard, you can make it right to the top. The formula for success is simple: head down, hard work perseverance.”

While Sunak was privately educated at Winchester, and went on to study at both Oxford University in England and Stanford University in the US, he has spoken about various jobs, including being a waiter in an Indian restaurant.

Dr Akhtar said that, in some ways, the Conservative Party has a “lot to be proud of” when it comes to promoting ethnic minority colleagues, as reflected by three key posts in Liz Truss’s short-lived administration, and Suella Braverman as the current Home Secretary.

Sunak’s own heritage could prove to be an asset in strengthening ties and negotiating trade deals with other countries, with India’s Prime Minister referring to him as the ‘living bridge’ of UK Indians, and US President Joe Biden describing his success as a ‘ground-breaking milestone’.

But can an unelected Sunak win the next election amidst soaring inflation and the cost-of-living crisis? Dr Akhtar replied: “These are challenging times to be at the helm of the ship, a ship which many in his party appear to be jumping off, given the number of Conservative MPs who have announced their intention not to stand at the next general election.

“If, in the coming months, people feel further fiscal pain, if there are prolonged strikes by teachers and nurses, firefighters and railway workers, if the NHS is overwhelmed this winter, then no matter how slick Sunak’s PR messaging, he will not be elected come election time.”