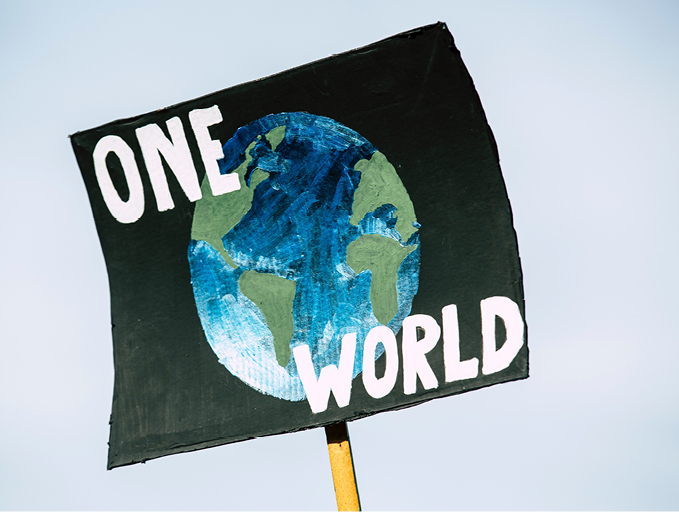 Dr Graeme Hayes, a reader in political sociology, has explained that spectacular action by small numbers of “committed activists” is all well and good, but that a sustained movement is needed to increase long-term demands on states.

The expert in environmental activism has shared his views in the latest episode of the 'Society matters' podcast series, presented by journalist Steve Dyson. He was speaking ahead of the COP 27 United Nations’ climate summit taking place in Sharm El Sheikh, Egypt, from 6 to 18 November.

Dr Hayes, who has been researching direct action for 30 years, said COP was one of the few opportunities for smaller countries in the “global south”, such as African, South Asian, South American and island states, to collectively “make demands” of the global north.

But he pointed out: “The COP agenda has been very much dominated by the concerns of the northern states.”

In contrast, states from the global south were not just thinking about the future, but more about how they deal with what has already happened, who is responsible for climate change, and who bears the cost.

Dr Hayes said finance would therefore be a key issue at COP 27: “The amount of money made available by northern states to southern states was promised ten years ago to reach $100 billion a year by 2020. It was meant to be available to deal with climate change and humanitarian disasters”.

But he pointed out that the agenda, by and large, has been “resisted” by northern states. While the focus was on humanitarian aid following recent events like flooding in Pakistan and Nigeria, the question was what money was available for “slow onset climate change, for desertification, for bio-diversity loss, agricultural loss, and sea-level rise”.

He said: “There are demands from states in the global south for more money in the form of grants. The money promised ten years ago has never reached $100 billion.”

Against this background, Dr Hayes said estimates now suggest that, rather than reducing carbon emissions, they are set to increase by 16 per cent by 2030 in the global north.

On the subject of whether protest can help, Dr Hayes said: “What is really important is that states only act when they are held to act by their peoples, and the climate justice movement is a really fundamental, important part of that, particularly across the global south.”

He said the very idea that there should be justice was brought by direct action movements and non-governmental organisations such as Oxfam.

But Dr Hayes said that the current actions were by “small numbers of very committed activists”, compared with Extinction Rebellion mobilising more than 10,000 people on the streets three years ago.

Recent UK protests, such as throwing tomato soup over Van Gogh’s Sunflowers painting or sitting in roads to stop traffic, indicated a “kind of demobilisation of the environmental movement”.

He said: “The only way things are going to change is if people collectively demand that change and are able to sustain those demands, not just in one mobilisation or one series of actions.

“They have to sustain a movement that will make increasing demands on governments in the long-term because, if those demands are only every now and again, then actually governments won’t change.

“Collective action is the only way to do it. Personal action can be important, but it’s really important when it becomes collective, when it’s scaled up through social movement activism. That’s what shifts the centre of political discussion.”