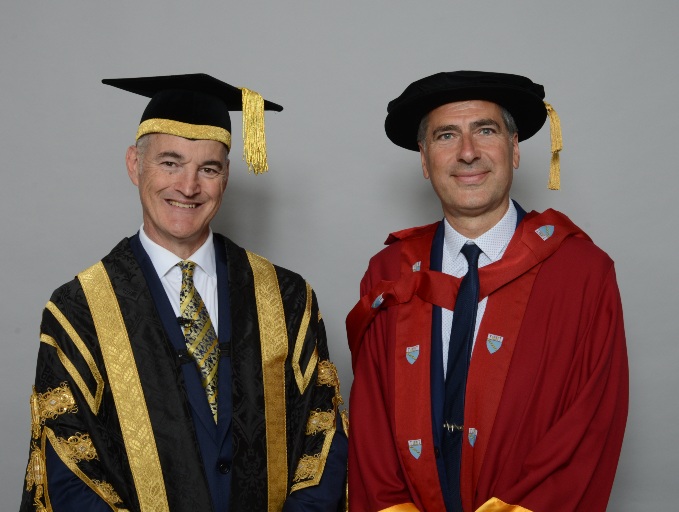 A mental health champion who has held various senior roles across services in the NHS has been awarded an honorary degree by Aston University.

Dr John Short was awarded the honour this week at a ceremony held at the Eastside Rooms, the city’s latest purpose-built conference and events venue.

Dr Short spent fourteen years of his NHS career as Operational Director and then Chief Executive of services in Shropshire, Cheshire, and Leicestershire before taking on the Chief Executive role at the Mental Health Trust in Birmingham and Solihull from 2013 until 2019.

He was also instrumental in the development of Aston Medical School which opened in 2017.

Anthony Hilton, Executive Dean of the College of Health and Life Sciences at Aston University, said:

“I am delighted that Aston University has bestowed this honour on Dr John Short.

“John’s support in the development of Aston Medical School was invaluable in helping to achieve its mission to create a more diverse and socially inclusive medical profession by supporting local students to train as doctors and to contribute to addressing the region’s health inequalities.”