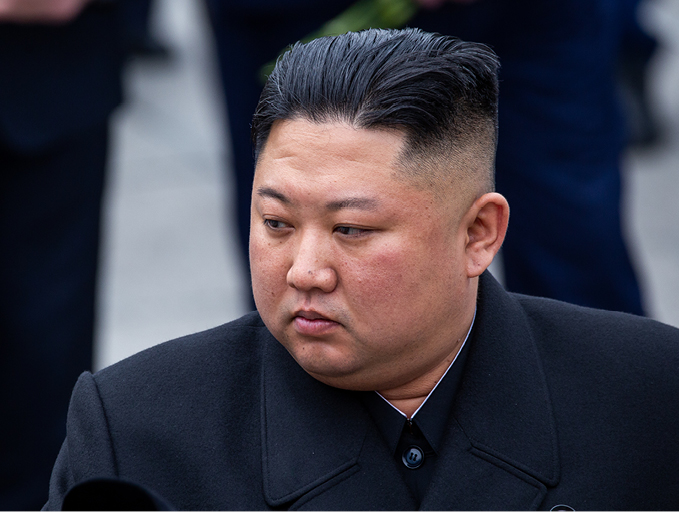 She was speaking after tensions had ramped up earlier this month when North Korea passed a law declaring itself to be a ‘nuclear weapons state’, effectively ruling out the possibility of any talks on denuclearisation.

The expert on the Democratic People’s Republic of Korea (DPRK), widely known as North Korea, was discussing the issue in the latest episode of the 'Society matters' podcast series, presented by journalist Steve Dyson.

Dr Grzelczyk, a reader in international relations and head of the School of Social Sciences and Humanities at Aston University, visited North Korea in 2015 and 2019 after previously studying in South Korea.

She said: “We kind of have to accept that the DPRK is a nuclear power. We shouldn’t be denying it at this point. It has happened.

“So now we have a state that has nuclear capability, and perhaps one way to engage with this is to say we do realise you have these capabilities, let’s talk about how you are a responsible nuclear power again. Let’s talk about how we can have an open conversation.”

Despite the ongoing situation, Dr Grzelczyk said she still thinks it “very unlikely” that the DPRK will make the first step to actually launch a war.

She said: “The threat that exists to me is much more an accidental threat, a facility that explodes for one reason or another.”

Dr Grzelczyk said North Korea was developing nuclear weapons for three reasons: “The first one is a clear deterrent. They are trying to make sure they can survive. The second is public mobilisation, to make sure the population is galvanised behind a certain goal, and the third one is about money.”

She said North Korea can make money in two ways – it can “extract concessions” in negotiations and it can sell the technology which it itself bought from Pakistan.

She said: “They don’t care if there are 20 more countries who acquire nuclear weapons.”

Dr Grzelczyk described the 2018 and 2019 summits between Kim Jong-un and former US President Donald Trump as “dangling a very big carrot” before North Korea’s leader.

But she said it was “crystal clear” that the DPRK would not be giving up their nuclear weapons, so the talks led to nothing.

It was now up to South Korea, which had “reignited” engagement with North Korea in 2018, to hopefully act as an “honest broker” to bring the sides together.

“There is a very important role that has to be played by South Korea. It is, to some extent, the country that has quite a lot to lose if there is a war.”

However, Dr Grzelczyk said they had yet to see the type of policy of the recent new government in South Korea.

She explained how North Korea remained a relatively young state, having been created when the peninsular was “cut in half” at the end of World War Two following the defeat of Japan who had colonised it.

The US administered the south and Russia the north before separate states emerged, leading to the Korean War between 1950 and 1953. North and South were now “extremely different political and economic systems”, with capitalism in the south, bolstered by the US, and a socialist system in the north backed by China and Russia.

She said there was hope for change when the western-educated Kim Jong-un succeeded his father in 2011, but he continued the nuclear weapons programme, conducting four additional nuclear tests after those in 2006 and 2009.

Dr Grzelczyk added: “Recently Russia is revising a relationship with North Korea in the context of global sanctions. It has been sanctioned for quite a number of decades for various reasons and there is a very limited amount of countries it can interact with. So, we supposedly have the DPRK selling missiles to Russia.”