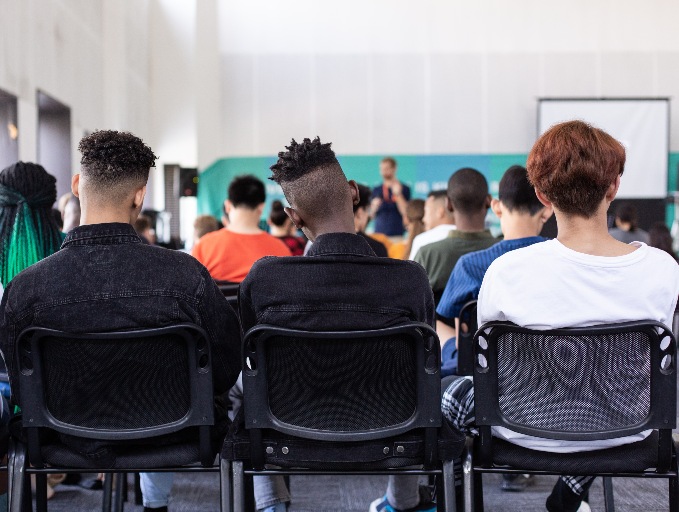 Multiple forms of culture need to be recognised, valued and included in teaching by schools to make sure pupils learn more about the wider diversity of everyday life.

To achieve this, schools need to work more with charities, with youth workers being a key link to bring outside organisations in to present culture in a more expanded way.

These were just two of the main recommendations from an academic project that aims to help build more inclusive notions of cultural heritage and identity for youth across Europe and beyond.

Cultural Heritage and Identities of Europe’s Future, also known as the CHIEF project, has been taking place across nine countries, with the UK research based at Aston University and the University of Gloucestershire.

Dr Eleni Stamou, a research fellow in sociology and policy in the School of Social Sciences and Humanities at Aston University, is one of the academics leading the project’s research in schools.

She discussed the findings in a podcast series called ‘Our lives, our culture: youth in a changing world’, presented by journalist Steve Dyson.

Dr Stamou explained how the research took place at 27 schools in Croatia, Germany, Georgia, India, Latvia, Slovakia, Spain, Turkey and the UK, with 89 teachers and 537 pupils interviewed across a wide demography.

“A striking finding across all countries was that the dominant approach to cultural diversity, in forms of inclusion, was very limited, and was not reflected in the everyday lives of young people in schools.

“Teachers and young people had a very restricted idea of what culture is, and it was not seen as something they were making but were just consuming or carrying on from other generations.

“Educational policies around cultural diversity were founded on restricted ideas, predominantly informed by ethno-nationalism. Pupils did not feel their cultures were reflected in the curriculum … they had to leave part of themselves outside of school in order to be considered acceptable.

“Schools fail in giving opportunities for cultural learning that are needed, especially to those from more deprived backgrounds … and institutions fail in terms of recognising the diversity of young people and including it in meaningful ways.

“They don’t allow young people to bring in those experiences and build on them … that is a problem because it creates division and inequalities and discrepancies between young people.”

However, the project found better results when schools tried to work with outside organisations and more informal charities, and that the role of youth workers was “key” to making this a success.

She said cultural heritage organisations, schools and policy makers now needed to collaborate with youth workers to “include, recognise and value” multiple and everyday forms of culture in curricula.

“Schools need to work with local organisations to make sure they provide all young people with appropriate cultural learning, encouraging links between school and wider cultures out there beyond their communities.

“They need more resources, so should start working with NGOs and charities to increase their capacity to help them in these efforts, strengthening links with both formal and non-formal organisations.”

She added that school leaders and teachers needed to “embrace and value” diversity, especially from “marginalised groups”, to provide “truly socially just learning”.

Other common findings included young people feeling “disconnected from the idea of a European identity”, with many saying that “Europeanness” was “empty of meaning” or something “far, far away” from their country or “related to a travel destination”.

Podcast: Nativity plays have a secure future – because children love them

As schools up and down the country prepare for their nativity plays, Aston University has been researching their future by asking the people who matter: the children.