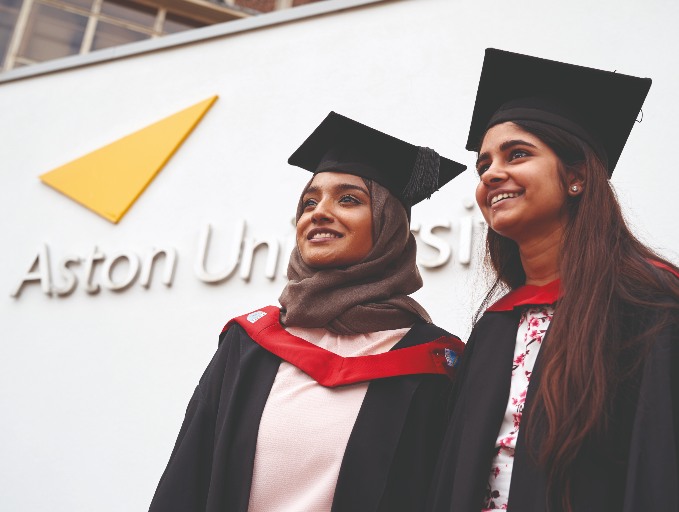 Aston University has responded to today’s (24 November) Government levelling up announcement about a change in direction for how universities will be required by the regulator, the Office for Students, to support local schools and colleges, widen participation in higher education and support their students to succeed in their studies and beyond.

Higher and Further Education Minister Michelle Donelan has announced that universities will be required to improve outcomes for disadvantaged children by driving up education standards in schools and colleges in the local community, increase the numbers of degree apprentices, and those studying higher technical qualifications, and to give more support to students once they are admitted onto their courses. Meanwhile, the Office for Students will cut out complexity and bureaucracy from access and participation plans, giving universities more time to focus on learners.

Alongside the announcement, the Department for Education has today published new research by the Institute of Fiscal Studies examining the best university degrees for intergenerational mobility, which finds that Aston University is one of only two universities outside of London and the surrounding area to feature in the top 20 universities for mobility.

Aston University is widely recognised as an exemplar in access and participation and has a strong focus on delivering technical education – in engineering, health and business.

•           Meanwhile, Aston University ranks alongside some of the most elite and selective universities in the country for student retention, while many more of our students come from the least advantaged areas in England

“It is right to look afresh at what universities and colleges prioritise as part of their access and participation plans. It is important to maintain the focus on student and graduate outcomes because it is not just getting in that counts, it is about how students get on, and how far they go.

“As access and participation plans evolve, we want to see universities and colleges given greater autonomy to agree ambitious targets which really meet the needs of their local areas, in collaboration with local partners in the wider education eco-system. Crucially, universities and colleges should be encouraged to be distinctive in their offer and responsive to the context in which they operate. For example, while one provider may excel in supporting young learners from less advantaged backgrounds into professional employment, another may have an offer that is better suited to mature and part-time learners. This difference in institutional mission and strength should be embraced, not discouraged.”

Saskia added: “Government has challenged universities to do more to raise standards in schools in colleges. It is important that universities, schools and colleges work together to define and design their own ways of rising to this challenge, acknowledging that we are equal partners and have much to learn from each other.”

“At Aston University, we will continue our efforts to transform lives through our access and participation priorities and look forward to working with the Department for Education, the Office for Students, and our many local partners to make this happen.”

Kitti Mar is a final year BSc Economics and Management student at Aston University. She completed her year in industry at Deloitte in the Audit & Assurance department at the Birmingham office.

“I moved to England with my family six years ago. My parents didn’t work in large corporates or attend university themselves, so my journey to higher education involved overcoming several challenges.

“During my second year at Aston University there was a clear focus on applying for placements, so attendance at networking and careers events was invaluable for understanding the application processes and eligibility requirements. The Careers and Placements team organised several drop-ins that allowed me to gain an insight into the day-to-day lives of working professionals and enabled me to discover whether my skills and abilities match the roles advertised.

“After countless video interviews and assessment centres, I was offered a place within the Audit & Assurance department of a Big 4 firm. It has overall been a steep learning curve and I have developed both personally and professionally."

For further case studies, see student stories from David Boakye, an Aston University pharmacy student who moved to England from Italy at the age of 11, and Sadia Bibi who studies medicine at Aston Medical School, having taken part in the University’s Pathway to Healthcare programme.