Our pharmacologists and neuroscientists research the brain and nervous system, understanding and developing treatments for conditions such as Parkinson’s, Alzheimer’s, epilepsy, pain, and diabetic neuropathy.

The Pharmacology and Translational Neuroscience Research Group conducts research in the two main topics of pharmacology and translational neuroscience, as well as contributing to two of the College of Health and Life Sciences’ four key multidisciplinary themes; cellular and molecular biomedicine, and clinical and systems neuroscience.

Our researchers collaborate with scientists in other leading universities and private or charity-funded research laboratories. They have also developed close working relationships with individuals and organisations in the NHS and wider healthcare fields including industry partners such as GW Pharma.

We are primarily interested in cellular and molecular neuroscience, with applications both to basic science and to clinical practice. We publish in leading journals such as Nature Cell Biology, Neuron, EMBO, and Cell Reports, and serve as editorial advisers on numerous journals, including high profile publications such as Nature. Group members have close ties with leading pharmaceutical companies and the NHS and serve on advisory panels to support the work of, for example, the Home Office.

David is a professor of pharmacology within Aston Pharmacy School, and a member of the British Pharmacological Society, and the Biochemical Society. His main research interest is in the receptors for neuropeptides, especially those for calcitonin gene-related peptide (CGRP) and adrenomedullin. Drugs developed from CGRP and adrenomedullin may be of benefit in a variety of conditions such as migraine, heart disease and arthritis. He also specialises in the teaching of molecular pharmacology across pharmacy, neuroscience, bioscience and medicine courses at the University. 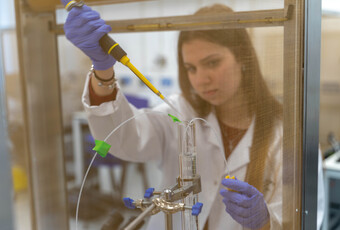 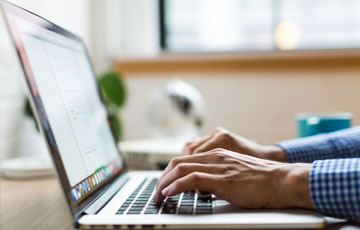 As well as standard electrophysiological, molecular and behavioural techniques, we exploit confocal imaging in the ARCHA Advanced Imaging Facility, the in-vivo facilities in the biomedical facility, as well as facilities such as TMS, MRI, and MEG, within the Aston Institute of Health and Neurodevelopment.

Work within this topic analyses drugs and their interactions with molecules, cell tissues and organs, as well as the biological process that leads to disease. We then translate this information to make drugs more effective and targeted to patient needs.

Within this topic, we conduct work as part of the Aston Laboratories for Translational Epilepsy Research (ALTER). This research is improving the understanding of epilepsy, particularly in children, and advancing treatments to improve the lives of patients, their families, and carers. Our research explores the pathophysiology, diagnosis and treatment of epilepsy, and our researchers in this area specialise in: