We hold weekly seminars on Thursday afternoons 4-5pm and larger symposia each semester.

See our past events here.

Members of the International Association of Forensic Linguists (IAFL) join a community interested in all aspects of the investigation of language and the law. The Association organises international conferences and members are entitled to discounted rates at those conferences. Furthermore, all members receive, at no extra cost, copies of the International Journal of Speech, Language and the Law (IJSLL) and electronic access to all back issues of the Journal.

Why join the International Association of Forensic Linguists? IAFL membership can be purchased independently on the IAFL website here. 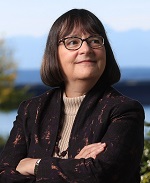 Bio: Janet Ainsworth is the John D. Eshelman Professor of Law at Seattle University and has an honorary appointment at China University of Political Science and Law in Beijing.  Before joining the faculty of Seattle University, she practiced criminal trial and appellate law as a public defender in Seattle and continues to assist in Innocence Project cases.  Her scholarly interests lie at the intersection of law, language, and culture. Together with Lawrence Solan, she co-edits the Oxford University Press series, Studies in Language and the Law.

Is there a Method to our Madness?: Some Considerations regarding Methodologies in Forensic Linguistics, Past, Present, and Future

Forensic linguistics as a field has utilized a variety of linguistics-based methodologies in its research program and, as a result, achieved significant success in improving the quality of justice systems. This presentation will consider some of the challenges faced by our field as it matures and continues to develop, and will suggest ways in which forensic linguists can work collaboratively with scholars based in other disciplines to continue the forensic linguistic program of making legal systems more just, fairer, and more accurate through an understanding of language issues in the law. 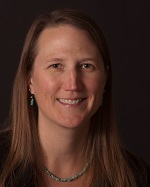 Bio: Tammy Gales is an Associate Professor of Linguistics and the Director of Research at the Institute for Forensic Linguistics, Threat Assessment, and Strategic Analysis at Hofstra University, NY. She received her Ph.D. from the University of California, Davis, where she was awarded a fellowship to examine authorial stance in threatening communications at a behavioral analysis firm of retired FBI agents in Washington D.C. Her subsequent research has applied corpus and discourse analytic methods to the examination of stance markers in parole board hearings, cross-examinations of assault victims, and confession statements; and she has applied corpus methods to the interpretation of disputed meanings in legal statutes and trademark cases. Gales has trained law enforcement from agencies across Canada and the U.S; she currently serves on the Executive Committee for the International Association of Forensic Linguists; and she is co-editor of the new Elements in Forensic Linguistics series from Cambridge University Press.

"I need a forensic linguist to help with my problem": The missing link between experts and those who need them

In addition to several research and social justice goals, the IAFL’s aims include 1) promoting the use of linguistic evidence in a range of criminal and civil cases, 2) furthering the interchange of ideas and information between legal and linguistic communities, 3) improving public understanding of the interaction between language and the law, and 4) disseminating knowledge about language analysis and its forensic applications among relevant professionals around the world. In each of these aims there is a shared theme – connecting those with linguistic expertise to those who may benefit from that expertise. Yet, in this very goal, we currently have a missing link. 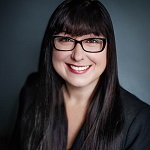 Bio: Jennifer Glougie has been a member of the British Columbia Law Society since 2004 and practices primarily in labour and employment law.  She was appointed to the BC Labour Relations Board in 2016 and has been the Board's Associate Chair of both Mediation and Adjudication since 2018.  She received her Ph.D. in Linguistics from the University of British Columbia in 2016.  Her dissertation examined the semantics and pragmatics of English evidential expressions, using police interview transcripts as a data source.  Jennifer was part of the IAFL Executive, as an Ordinary Member, between 2015 and 2019.

Forensic linguists often identify and expose linguistic hurdles that compromise an individual’s capacity to defend themselves against state and other actions. True access to justice, however, requires more than just a protection against unfair state intervention; individuals must be free to, and capable of, using the legal system to enforce positive rights they have against others.

Bio: Chris Hutton's research focuses on political issues in language, linguistics, and law. Following his 1999 study of linguistics and ideology in Nazi Germany, Linguistics and the Third Reich (Routledge) he pursued various projects at the intersection of linguistics, law and intellectual history. The focus in this work has been on issues of legal definition and classification. Publications include Race and the Third Reich (2005), Definition in Theory and Practice (with Roy Harris, 2007), and Language, Meaning and the Law (Edinburgh, 2009). More recently he has published two books: Integrationism and the Self. Reflections on the Legal Personhood of Animals (Routledge, 2019) and The Tyranny of Ordinary Meaning: Corbett v Corbett and the Invention of Legal Sex (Palgrave, 2019). His current research concerns US naturalization law between 1874 and 1945, looking at how it was caught between the categories of race science and those of ordinary language.

The ordinary meaning doctrine states that words and phrases in statutes, contracts, and other legal texts are given their ordinary meaning, unless they are deemed to be technical terms of law, or, to belong to a distinct commercial, professional, dialectal, or sub-cultural variety. The category of ordinary language is central to debates in the philosophy of language and literary theory. Within linguistics, in particular sociolinguistics, it has no particular resonance. In law, ordinary language (and its near-synonyms) is a pivotal concept, both in judicial reasoning and in jurisprudential discussions of legal interpretation. It is contrasted at the most fundamental level with legal language, that is, words and phrase that are recognized as belonging to law’s specialized register. An implicit claim to stability and communality makes ordinary language a plausible reference point in legal argumentation, in that it evokes a bridge between the legal domain and the community of speakers to whom law is addressed. It implies a substantial overlap between the language of law and the language of ‘ordinary speakers’, and thereby offers an implicit defence against arguments that law is an alienated or ‘foreign’ discourse domain. But the category of ordinary language suffers from a sociological and sociolinguistic deficit. It is arguably not possible to give empirical substance to the category, even while it possesses powerful intuitive plausibility. Yet law cannot in practice dispense with this category, though it is manifestly open to manipulation in judicial reasoning. Typical cases concern words like vehicle, sandwich, or building. This presentation focusses on self-classification, looking in particular at naturalization cases in the United States, where questions of ordinary language arise in relation to categories of human identity. Here the interpretative politics of law become much more contentious. Law is then faced with a difficult choice between strategies of objectification and the recognition of self-classification and self-designation. 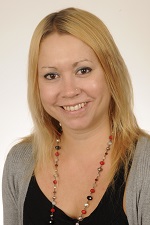 Bio: Nicci MacLeod is a Senior Lecturer in English Language and Linguistics at Northumbria University, having spent many years working at the Centre for Forensic Linguistics, the predecessor of AIFL. Her work at Aston with Tim Grant was concerned with the linguistic aspects of identity disguise in online investigations into child sex abusers, and she is co-author of a book on this topic Language and Online Identities (Cambridge). She has conducted research on a wide range of other topics from police interviews with rape victims through to narratives of atrocity in 17th century Ireland, and has also carried out a large volume of forensic linguistic casework including in cases of blackmail, sexual abuse, and murder. Her current research interests centre variously on investigative interviewing, the status of expert evidence, and representations of criminality in a wide range of contexts.

As the latest BAAL guidelines (BAAL 2021) attest, understanding of research ethics in applied linguistics has noticeably broadened in recent years, now encompassing not only our responsibilities to research participants but also to researchers, students, and the general public throughout the research and teaching processes. As our deeply missed former president Ron Butters highlighted for us back in 2011, we have committed ourselves to ‘deepening and understanding the nature of the ethical implications of our testimony and writing’ (p.352): and it is thanks to the work of him and others that we now have the IAFL Code of Practice to guide us in the uniquely forensic linguistic endeavour of casework.  He noted then there was still much work to be done, so how far have we come in the ten years since he gave his retiring presidential address?In this paper I illuminate the complex issues that our dealings with sensitive topics and data potentially present to researchers, students, and the public at large, with specific reference to three distinct areas of work in which I have been involved over my career: research into highly controversial and disputed narratives of atrocity collected in 17th century Ireland; teaching and dissemination around (i) the language of online child sexual abusers and (ii) investigative interviews with women reporting rape; and, finally, criminal defence casework dealing with the determination of meaning in Urban British English. Each of these contexts presents a unique set of challenges to be negotiated, encompassing everything from community cohesion and racial equality through to  potential triggers for individual past trauma.I conclude with some thoughts on how me might confront these difficulties in a way that does not, and is not seen to, compromise our impartiality or academic freedoms. The turn in applied linguistics towards a broader understanding of ethics is of course to be applauded. I suggest that by positioning ourselves firmly within an approach that gives ground to student concerns, prioritises researcher welfare, attaches importance to engaging with the public ramifications of our work, and shamelessly promotes our discipline to those who need us most – whether they know it or not – we can best serve our organising principle of improving justice through language analysis. 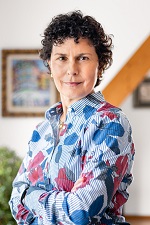 The International Association of Forensic Linguists is on the cusp of turning 30 years old.  In that time, Forensic Linguistics has become much more popular, research has flourished, and the Association has grown tenfold. However, this success has raised questions about our identity today: What is ‘Forensic Linguistics’; and, what does it really mean to be a ‘forensic linguist’. Looking forward, where does the Association fit in addressing issues of research and professionalism in practice in the years to come? In this plenary talk, I present my own thoughts on these issues and a vision for the future of the Association. 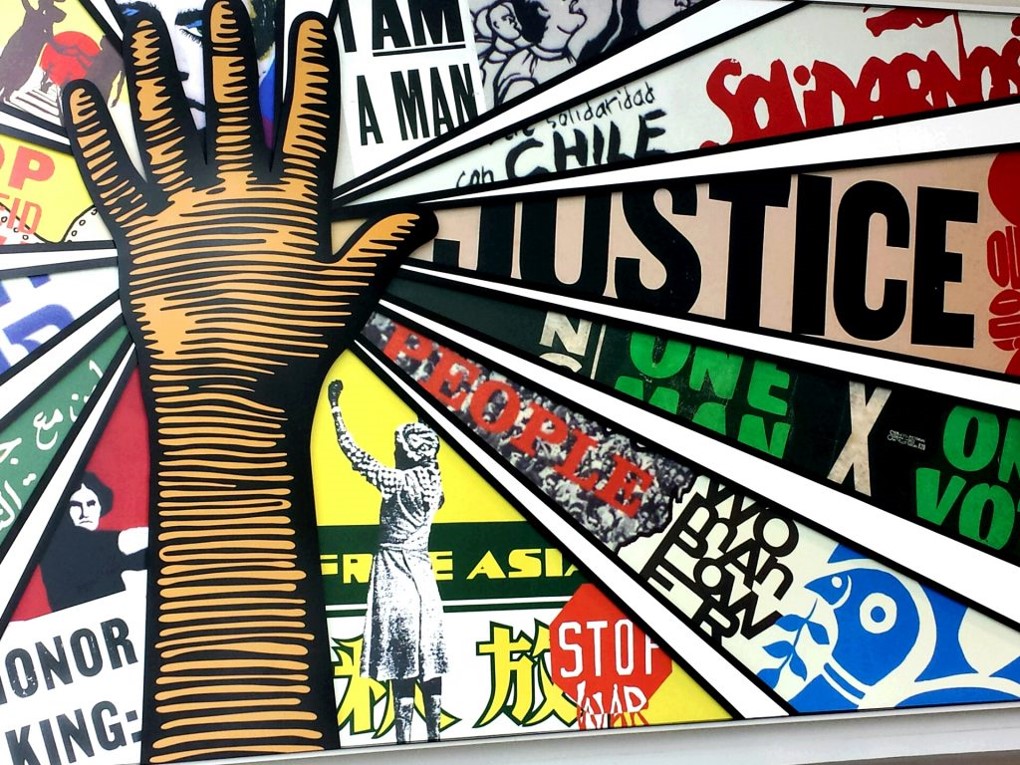 Social Justice in the Humanities and Social Sciences 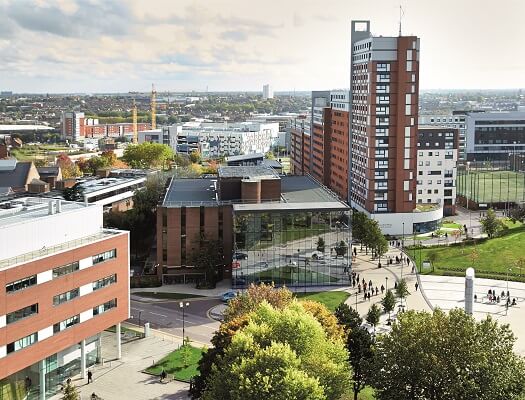 Our seminar schedule for Autumn/Winter will be posted here soon.