The Forensic Data Science Laboratory conducts research and development aimed at improving casework capabilities within and across multiple branches of forensic science, particularly casework conducted within the new paradigm for the evaluation of forensic evidence, i.e.: 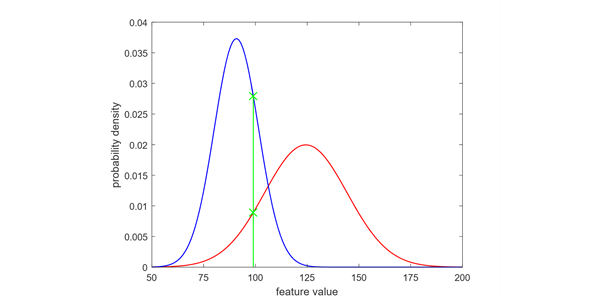 The likelihood-ratio framework is the logically correct framework for evaluation of forensic evidence. The potential for cognitive bias can be reduced by restricting subjective judgements to matters such as selection of appropriate data to enter into the system and by directly reporting the output of the statistical model as the strength of evidence.

We also work on increasing the understanding of forensic inference and statistics among forensic scientists and lawyers.

The Laboratory was established in 2019 as part of the formation of AIFL. Initial funding for AIFL came from a GBP 5.4 M grant from Research England’s Expanding Excellence in England (E3) programme and a GBP 0.6 M strategic investment by Aston University.

The director of the laboratory is Dr Geoffery Stewart Morrison. Dr Morrison was a leading applicant on the E3 grant that established AIFL. Prior to the formation of the Laboratory, Dr Morrison and his colleagues spent more than a decade promoting and developing implementation of the new paradigm, primarily in forensic speech science. 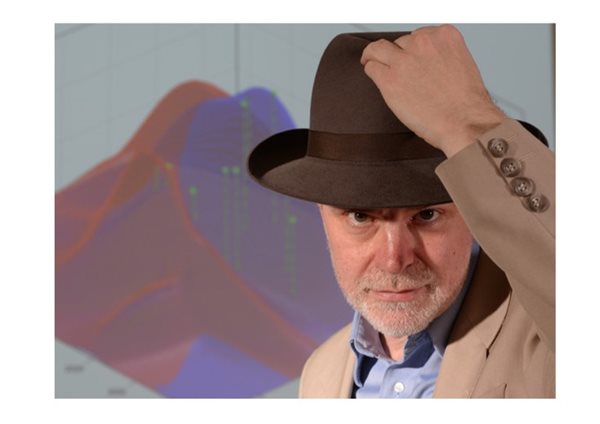 Dr Morrison’s former appointments include Director of the Forensic Voice Comparison Laboratory, School of Electrical Engineering & Telecommunications, University of New South Wales, and Scientific Counsel, Office of Legal Affairs, INTERPOL. He is author of more than 50 academic publications, and has been a subject editor and a guest editor for the journals Speech Communication and Science & Justice. He is Chair of the Forensic Science Committee of the British Standards Institution (BSI), and an active member of the Forensic Science Committee of the International Organization for Standardization (ISO) and of the Speaker Recognition Subcommittee of the Organization of Scientific area Committees for Forensic Science (OSAC). He has forensic casework experience in Australia, Canada, Northern Ireland, Sweden, and the United States.

Joining us in May 2020, the Deputy Director of the Laboratory will be Dr Roberto Puch-Solis. Dr Puch-Solis has almost two decades of experience in forensic data science. During this time he has conducted research on glass, fibres, fingerprints, and DNA. His primary research is in evaluation of DNA profiles. He has lead the development of probabilistic systems for the evaluation of DNA profiles, including a probabilistic genotyping system that is currently used in casework.

The following research and development projects are in progress or under development. 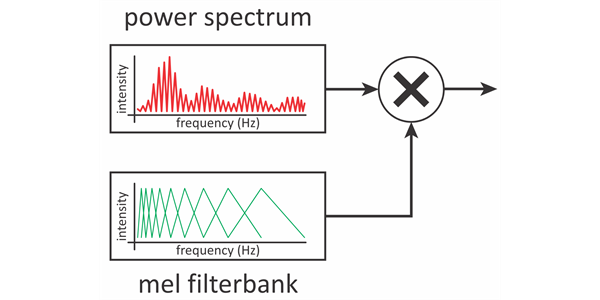 We are developing a forensic voice comparison system that can be used for research and casework. We view a system for conducting forensic voice comparison as not simply a collection of tools, but also protocols, databases suitable for training and testing under casework conditions, documentation, validation reports, and well-trained practitioners. We aim to develop a system that will meet legal admissibility requirements such as those of Federal Rule of Evidence 702 and the Daubert trilogy of Supreme Court rulings in the United States, and of Criminal Practice Directions 19A in England & Wales.
In forensic voice comparison casework, the relevant population and the recording conditions vary greatly from case to case. Researchers and practitioners need protocols, tools, and data that provide them with the flexibility to deal with this case-to-case variability. Practitioners need to be able to train (or adapt) the system for the conditions of the case, and they need to be able to empirically validate the performance of the system under conditions reflecting those of the case. In order to inform practice, researchers need to explore which options and settings give best performance under particular conditions, and explore the robustness of systems to variability in conditions.

Commercially marketed software tools often lack flexibility, and may be too expensive for researchers and practitioners in lower GDP countries. Many researchers and practitioners in the field lack the programming skills to make use of existing open-source automatic speaker recognition toolsets, and licencing restrictions may prevent such toolsets from being used for casework which counts as commercial activity. For different reasons, existing commercial and open-source tools are often insufficiently well documented for end users and others to be able to easily understand what the tools are actually doing. This is in opposition to the transparency that may be required by the courts. Researchers and practitioners therefore need software tools that are low cost, flexible, and easy to use (controllable via GUI or only requiring very limited programming skills), that are very well documented, that are designed to facilitate validation, and that have code that is open to inspection (we envisage open source, but not open distribution).

In the context of this research and development project, we define two groups of end-users: 1. Researchers and practitioners who will (potentially) use the system to do research and to conduct casework. 2. Service users, i.e., organizations that commission practitioners to perform forensic voice comparison analyses. Potential service users include defence lawyers and law-enforcement agencies.

This project is conducted in collaboration with several partner organizations, including:

2018–2019 we worked with partners and collaborators on end-user needs assessments in order to identify the data that need to be collected, and the software tools, protocols, and training programmes that need to be developed.

2020 Jan–Feb: Consolidated end-user needs assessment and draft of functional requirements completed and distributed to partners and collaborators for feedback. 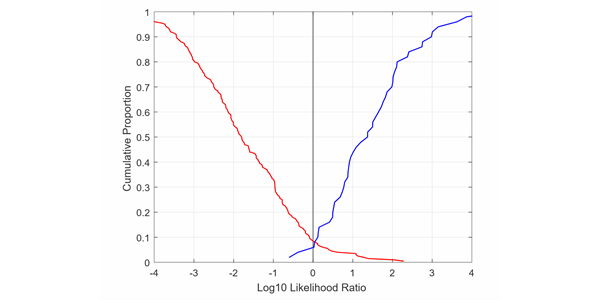 An outstanding question is:

In September 2019 we held a two-day meeting to discuss this issue. The meeting was organized and sponsored by the Forensic Speech Science Laboratory (Aston University), and hosted by the Netherlands Forensic Institute (NFI).

The issue was discussed:

During the meeting, a consensus was reached among those in attendance.

An initial draft of a document describing the consensus was written, and in December 2019 was distributed to meeting attendees. The draft is now being revised using a cyclical process involving videoconference meetings and document revision. The process will later be expanded to include original invitees who were unable to attend the original meeting.

The plan is to submit the final version of the document for publication open-access in a reputable forensic science journal. 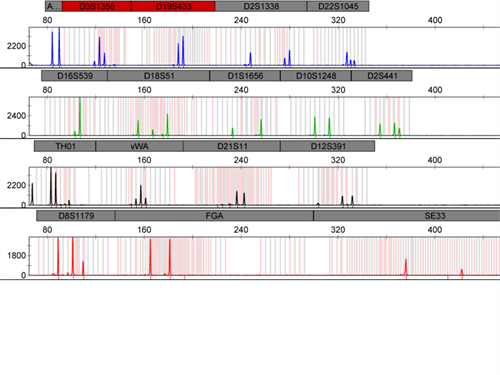 This project will extend Dr Puch-Solis’s existing work on evaluation of DNA profiles. It will include comparison of different approaches to probabilistic genotyping.

It will also include transfer of concepts, techniques, and models (e.g., for calibration) from forensic speech science to evaluation of DNA profiles. 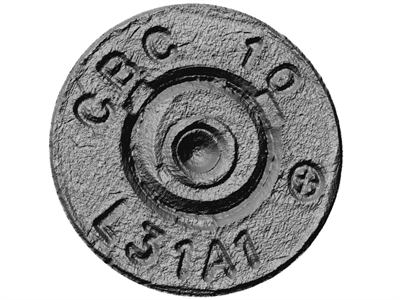 During 2020, Dr Bolton-King and her collaborators are creating a database of scans of 9 mm Luger type cartridge casings fired from semi-automatic pistols. The aim is to scan 10 cartridges fired from each of 1000 pistols (10,000 cartridges total). The scans are being made using an Evofinder Data Acquisition System.

We will exploit the database to develop and validate a system that uses image-processing and machine-learning techniques to calculate likelihood ratios, likelihood ratios addressing the hypotheses that questioned- and known-origin cartridge casings were fired from the same pistol versus that they were fired from different pistols (pistols that fire 9 mm Luger type ammunition). 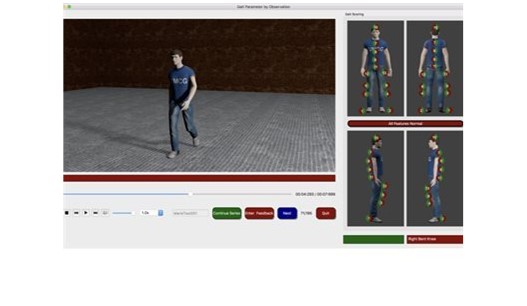 In collaboration with Prof Egbert Otten and Ms Marie Wiedemeijer, Center for Human Movement Sciences, University of Groningen, we are developing a project on forensic gait analysis.

We will build on Prof Otten and Ms Wiedemeijer’s existing work that calculates likelihood ratios using features that are visually extracted from video images by human coders. We plan to collect larger forensically relevant databases, attempt to make improvements in statistical modelling, and conduct validation studies. We also plan to explore automatic extraction of features.

Fingerprints: Calculation of likelihood ratios from fingermark and fingerprint images

We are developing a research project on calculating likelihood ratios for comparisons of fingermarks and fingerprint images.