Centre for Critical Inquiry into Society and Culture

Centre for Critical Inquiry into Society and Culture

CCISC is an innovative research centre that builds on the extensive expertise of Aston researchers by bringing together linguistic, social, cultural, economic, environmental, political, management and marketing perspectives.

CCISC is an inter-disciplinary research centre that brings together academics and practitioners working within English Language and Linguistics, Modern languages, Translation Studies, Sociology, Social and Public Policy, Politics and Psychology. It aims to create a bridge between research, policy, and professional practice and facilitate inventive inter-disciplinary research which contributes to public understanding of major social issues, scrutinizes the evidence base for policy and practice, and expands the policy options under debate.

The Centre represents a space within the School of Languages and Social Sciences and Aston Business School for the incubation of research ideas, enabling researchers from different disciplinary backgrounds to collaborate and develop ideas. It also aims to take a lead in the development of research proposals and projects, enable research with a critical edge to make an impact by building links with policy, civil society, and business actors, and deliver activities for non-academic stakeholders which will enable them to shape social practices relevant to their respective competencies. To these ends: it emphasises partnership and engagement with local communities, policymakers and businesses as both co-producers and users of knowledge; it works with practitioners offering practical solutions for national and local government, service-providers and employers; and its researchers are engaged in work that will shape future thinking and pioneer practices that will have a significant impact on society and organisations in ways that promote equality, inclusivity, and social justice.

Our research can be summarised in four key areas:

There is a tendency for regional and social dialects of British English to increasingly resemble each other and in some cases, to become ever more like standard English, particularly in terms of grammar and vocabulary. At the same time, how we speak is an integral part of who we are. Even though regional dialects of English are becoming increasingly levelled, features of regional dialects still persist in regions of the UK today. This research explores this phenomena with reference to how people draw upon linguistic variation to resist social and economic change in the context of performance texts and draws out its broader significance for the teaching of standard English in schools.

Business in independent Africa has generally faced a higher level of political risk than in other regions, which has led to poor levels of economic and social development on the continent. In International Business and International Political Economy, Africa’s problematic management of its economic capacity has been explained either as a result of an Obsolescing Bargain (OB) or as a resource curse. The OB model holds that bargaining power will shift from the investor to the host country once investment has been sunk, allowing poor countries to hold international investors ransom. In the 1990s, the OB model has fallen out of favour in business studies because it is generally perceived to explain investor-government relations until the 1980s, but then the dynamics are no longer as frequently observable. According to its critics, the OB model ceases to be relevant because developing country governments accepted a neo-liberal global investment environment.

Dr Demelza Jones: Belonging and identity in the everyday lives of Tamil migrants in the UK

The research explores how Tamil migrants of different state origins come to identify with a ‘Tamil diaspora’ in the UK and illustrates the value of studying diaspora as a permeable, non-static process which allows for varying modes and intensities of identification amongst nominally unitary communities.

This collaborative project between Demelza Jones at Aston University and Canon Andrew Smith at the Church of England Anglican Diocese of Birmingham, explores the use of Anglican Diocese-owned church spaces within the Birmingham city-region by ethnically, nationally and linguistically diverse congregations.

Dr Katherine Tonkiss: The Policy Role of Migration Rights Organisations in the UK and Australia

Immigration is one of the most contested and controversial fields of public policy. In the UK, as in many countries around the world, the rights of migrants have been eroded in recent years in a climate of strengthening anti-immigration sentiment amongst the general public and an elite ready to capitalise on fear to scapegoat migrants. Yet migration has proven near impossible to manage as a result of the growth of international labour markets and due to the vast numbers of refugees fleeing war and persecution. Protecting the rights of refugees, and of migrants who are vulnerable to exploitation and live in conditions of precarity and instability, has never been more pressing. Migration rights organisations – charities, civil society organisations and other non-governmental actors working for the rights of migrants – are key actors campaigning for fairer migration policy in national political debates. We don’t, however, know much about how these organisations engage in policy debates, and very little work has examined them in international comparative perspective. This research aimed to address this gap by exploring the ways in which domestic migration rights organisations engage in national level policy debates in the UK and Australia, and the opportunities and barriers they encounter in doing so.

The research has four major aims: to raise awareness of the challenges unmarried young mothers face in the region; provide a resource to encourage parents to be more open in discussing sex with their children; engage community and government agencies to make support services more readily accessible to young people; and encourage local churches to show greater understanding towards young unmarried mothers.

Germany and its diaspora. Around 1900, German-speakers living abroad were tied into global power-political aspirations. They were represented as outposts of a "Greater German Empire" whose ethnic links had to be preserved for their own and the fatherland’s benefits. Did these ideas fall on fertile ground abroad?

On the eve of the First World War, Germans had settled as sizeable minority groups in all parts of the British Empire. Following the outbreak of war, many were classified as ‘enemy aliens’ and faced internment. An extensive network of camps was set up throughout the Empire, including, for example, Knockaloe on the Isle of Man, Castle Mountain in Canada, Holsworthy in Australia, Fort Napier in South Africa, and Ahmednagar in India. Existing scholarship describes these camps in an isolated way within their local or national contexts. This ongoing project is the first to analyse underlying patterns, state policies and experiences of internment on an imperial and global scale.

Concerns over the effect of EU regulations on business competitiveness have been a major driver of Euroscepticism. The Leave Campaign argued that EU regulations cost UK businesses £33.3 billion a year, and that government claims about their benefits were overstated.

The £33.3 billion figure is the latest of several estimates of the costs and benefits of EU-derived regulation, which use UK government impact assessments as a data source. But how reliable are these assessments and the cost and benefit estimates based on them?

An in-depth analysis suggests that the data underlying the headline figure are too uncertain to provide reliable estimates of actual costs. In addition to these uncertainties, the methodology used is, on balance, likely to overestimate the direct costs of EU regulation and to systematically overlook and under-cost benefits. The research highlights the importance of collating accurate information on the costs and benefits of EU regulation and disregarding general estimates in policy discussions.

Research conducted by an interdisciplinary group of researchers from the Universities of Bath and Aston has examined tobacco industry political activity during the lead up to the introduction of standardised packaging of tobacco products in the UK (2015). The findings highlight the key role tobacco companies played in expanding the policy conflict through financial subsidies to opponents of the policy and by underwriting public campaigns aimed at bringing large numbers of ordinary people into the conflict. The study has several important implications for implementation of Article 5.3 the World Health Organization Framework on Tobacco Control, which aims to prevent tobacco industry interference in health policy.

This is an ongoing research project. We are finding a high degree of interest and use of history in UK banks at present, linked to their response to the Financial Crisis as well as crises such as Libor in the UK. We argue that banks currently find their organizational legitimacy challenged and that their response is to use history to stabilize their organizations. In the internationally comparative part of the research, we also propose that the way in which banks have organized their access to the past through archives, which is strikingly different across countries, influences their likelihood to make use of their past in the form of rhetorical histories in response to present-day challenges.

This research highlights how tobacco industry interests exploit ambiguously worded legislation to weaken health policy outcomes and draw attention to the policy risks associated with government-industry interactions during policy implementation. The study underlines the importance of national governments taking a proactive role in stipulating technical specifications concerning the new Tobacco Product Directive (TPD) (2014/40/EU) and considering the implications of tobacco industry information carefully, even when such information may be provided in good faith 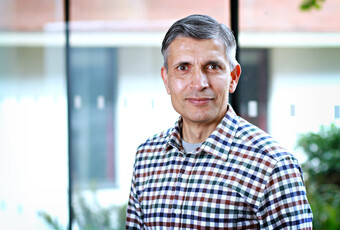