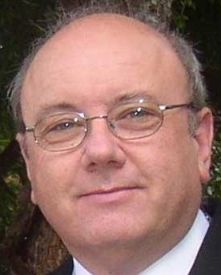 COVID-19 has posed great challenges to the UK economy and people’s daily lives and it will continue to have far-reaching consequences beyond the spread of the disease.  At the same time the pandemic provides a first-class opportunity for innovation to shine.

We recognise there is a role that innovation can play in generating growth and prosperity in all economies. For example, one of our recent projects at the Centre for Research in Ethnic Minority Entrepreneurship (CREME), in partnership with the Enterprise Research Centre (ERC), published findings to enhance our knowledge of the UK’s innovation engine with a focus on small medium enterprises (SMEs) and looking at the role of ethnic minority business owners. More directly, we investigated whether SMEs owned and led by a person from an ethnic minority, were more or less likely than other businesses to be involved in various types of innovation.

The results of our report were very clear. Ethnic minority-led firms engage in both process and product/service innovation on average more often than non-ethnic minority businesses, by creating new markets and developing new products. In 2018, 21% of ethnic minority businesses (EMBs) reported the introduction of process innovation and 30% reported product or service innovation (compared to 15% and 19% of non-EMB respectively) over a 12 month period.  But the stronger results from EMBs compared with non-EMBs around innovation occurred in our 2015 results. Also, the outperformance was evident across each of the main ethnic groups, often by a noticeable margin.  For example, in 2018 the percentage of white–led firms introducing process innovation (15%) was lower than Asian-led (19%), Black-led (24%) firms, with other ethnic and mixed heritage groups somewhere in-between (22%).

The wider importance of ethnic-led firms to the UK economy, valued at around £25 billion in 2018.

The enhanced contribution of EMB-led firms in the profile of the UK's innovation activity is yet a further indication of the wider importance of ethnic-led firms to the UK economy, valued at around £25 billion in 2018.  However, this also highlights a problem. The number of businesses reporting either process or product innovation decreased between 2015 and 2018 (although in each year, EMB-led firms still reported more activity than non-EMB firms).

This was highly likely to be driven by the period of political and economic uncertainty immediately after the 2016 EU referendum. This decline of around six per cent between 2015 and 2018 was particularly evident amongst EMBs engaged in process innovation – where earlier ERC led research had shown a strong link with future productivity growth. While things may have stabilised in 2019, the UK recession triggered by Covid-19, probably caused a further decline that could last many months or even years.

Any loss of momentum amongst EMB-led firms’ innovation plans will have a disproportionate impact on the UK economy’s growth and productivity record. Quite reasonably, the UK government may think it highly appropriate to take steps to stop this happening. This would require some form of targeted intervention beyond ‘top down’ macroeconomic and tax policies.

The track record of such national programmes, especially of this type are chequered, but some evidence points to more success for more locally-based efforts. The current Growth Hubs approach appeared to be doing quite well overall, although it is still in its early days.

Our research clearly shows the benefits of targeting EMB-led firms in a bid to boost innovation.

However, any such activity requires good customer targeting and business engagement. Our research clearly shows the benefits of targeting EMB-led firms in a bid to boost innovation. Even so, engagement may be the bigger problem. Ethnic minority led firms are less likely than other businesses to engage in formal advice and networking - such as trade associations, chambers of commerce or business clubs - with a greater emphasis on informal advice, family and friends or word of mouth.

With diversity and inclusion rising up the political and economic agenda, along with the clear productivity and growth benefits of ensuring ethnic-led firms maximise their innovation potential as we recover from COVID-19; policy makers would be well advised to re-visit the engagement and outreach strategy for this market segment.  Successful examples of high quality engagement with ethnic firms can be found if you know where to look. For instance, some of the programmes by CREME, which were funded by English Regional Development Agencies (EDAs) and Business Link. We therefore need to identify best practice and practitioners before we invest too heavily in the wrong way.

If we can unlock opportunities for ethnic minority entrepreneurs this will benefit the UK as a whole. We know from our research that ethnic minority businesses are incredibly innovative, often out of necessity and opportunity that are at the leading edge of economic and social change. Therefore the government should do more to harness the talent of ethnic minority business owners and seek to support their innovations, by ensuring EMBs are not left out of national strategies and are able to play a vital role as part of a diverse public procurement framework.

This landmark study provides a compelling business case for ethnic minority entrepreneurship. It highlights the vital contribution of ethnic minority businesses and demonstrates their strengths in trade, innovation, and entrepreneurial growth. These qualities will be indispensable to the post COVID-19 recovery.