Why the law on underage sexting needs to change 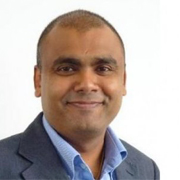 Why the law on underage sexting needs to change

‘Sexting’, is the sharing of explicit media, including self-generated images using mobile phones and other modes of internet enabled devices. Exchanging sexually explicit self-generated images between partners within a relationship has become increasingly common. In particular, the practice is so prevalent among adolescent teenagers that some commentators call it part of growing up in the digital age. The number of images and videos that end up on the internet indicate that some of these will have been re-distributed without the consent of the victim following a breakdown of the relationship.

The UK has one of the most robust legal and regulatory framework in the world to combat child sexual abuse material. However, one of the unintended consequences of the law, is that it now has the potential to criminalise the very children it was intended to protect.

To illustrate this point, consider the following example- If X, a girl aged 16, sends a naked image of herself to her boyfriend Y, aged 17, technically X has committed the offences of taking, and distributing an indecent photograph of a child contrary to the offences in section 1 of the Protection of Children Act 1978. Y would be committing the offence of possessing an indecent photograph of a child under section 160 of the Criminal Justice Act 1988, and also potentially the offence of ‘making’ an indecent photograph following R v Bowden [2000] 2 All ER 418. The law permits both parties to engage in intimate physical activity, being over the age of consent for sex, but not to take, distribute, or possess a nude image of themselves. Whilst there are good policy reasons for this, for example, the higher risk of exposure and permanence of the images call for a higher degree of maturity in order to make informed choices, a strict application of the law can have dire consequences for children, and particularly if they are victims of ‘revenge pornography’ and other forms of image-based abuse.

It does not offer adequate protection for children, and instead risks the 'soft criminalisation' of children

Whilst the non-consensual disclosure of private sexual images has been criminalised under section 33 of the Criminal Justice and Courts Act 2015, the substantive laws on child sexual abuse material provides a disincentive for the victim to report it. So, if the relationship between X and Y breaks down, and then Y distributes the intimate images without the consent of X, she could in theory report it to the police as a case of ‘revenge pornography’. However, strictly speaking, X herself has technically committed the (greater) offence of producing and distributing an indecent photograph of a child by taking and sending the image to Y in the first place. This would leave X in a vulnerable position in terms of reporting Y’s conduct to the police and seek help; in fact, by reporting the incident to the police X risks a crime being recorded against herself. This also applies to situations where the victim had taken and shared the image as a result of grooming or coercion (including by predatory adults).

This is not to suggest that children will always be prosecuted for consensual sexting under the laws governing indecent photographs. The Crown Prosecution Service guidelines on prosecuting cases of child sexual abuse state that care should be taken with respect to cases involving children, and that “it would not be in the public interest to prosecute the consensual sharing of an image between two children of a similar age in a relationship”. In addition, since the introduction of the Home Office ‘Outcome 21’ code, the police have discretion to record that a crime has taken place but that they chose not to take any further action being not in the public interest to do so. Whilst this mitigates the harshness of the law to a certain degree, there is no guarantee that an Enhanced Criminal Records Check will not reveal it, as the incident will remain on the record as a ‘crime’ and the child listed as a ‘suspect’. More importantly, this is essentially a matter of police discretion, with its inherent uncertainty for the victim, rather than any defence or exceptions provided within the substantive law itself. It does not offer adequate protection for children, and instead risks the ‘soft criminalisation’ of children.

Current laws relating to the production, distribution and possession of child sexual abuse material pre-date modern day smartphones. At the time the laws were drafted, lawmakers could not have envisaged the possibility of children voluntarily and consensually creating explicit imagery themselves. Instead, the purpose of the law as originally conceived was to protect children from predatory adults. With technological advances, children now form a significant part of digital life, and as it happens also the producers and possessors of self-generated explicit imagery. Whilst the law should still robustly address the production and distribution of imagery created using any form of coercion, abuse or grooming, it is not in the best interests of children to continue the criminalisation of consensual sharing of private and sexual imagery between partners. Failure to do so means that the law is in conflict with the practical realities of life, and risks not just criminalising children but also puts victims of abuse and ‘revenge pornography’ in an even more vulnerable position. The priority should be safeguarding children, not criminalising them.

It is about time we introduced a narrowly drafted defence to the law so that children are better protected both in terms of unnecessary criminalisation, but also to provide more support and trust for victims of abuse and grooming to come forward to report and seek help. The reform should ensure, as a minimum, that consensual and non-exploitative sexting between children of a similar age group is decriminalised. At the same time, the law should continue to be robust to address any subsequent misuse of images that are self-generated by children, including acts of revenge pornography and cyberbullying. The law should also provide an exception for victims of a criminal offence that resulted in the image, for example, where the image was taken as a result of grooming, coercion, sextortion.

Finally, it is important to stress that the sharing of nude images of underage children carries inherent risks, and therefore measures must be adopted to discourage children from engaging in such behaviour in the first place and to educate them about responsible sexting behaviour. This is not something that is solely for the law, it needs a more holistic approach involving internet safety education and awareness, both at school but also in terms of support for parents/guardians. It is also important to put measures in place to change the culture of victim blaming in order to encourage victims to report incidents and seek support and help.