What the Basque Country tells us about 'levelling up' | Aston Angle 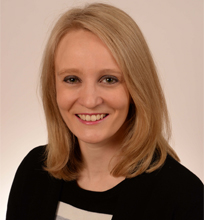 In a recent interview on his vision of ‘levelling up’, Michael Gove, Secretary of State for Levelling Up, Housing and Communities, cited the Basque Country as one example of where ‘things have been done well’. The Basque Country, an industrial region of northern Spain with a population of just over two million, is widely admired for having undergone a remarkable, industry-focused economic transformation since it was hit by the decline of heavy industry in the 1980s. It is now one of the leading regions in Europe not only in terms of GDP per capita, but also in having a low percentage of population at risk of poverty or social exclusion. Within Spain itself, critics usually attribute this to the way the Basque fiscal autonomy model works, enabling the region to keep more of its own wealth to itself than other similarly prosperous regions in Spain – a form of internal ‘levelling up’ at the expense of other regions. This, however, is not the only contributing factor to the Basque Country’s economic transformation. Effective governance has also played a key role.What takeaways from the Basque experience might be relevant to levelling up in the UK and the devolution framework needed to facilitate it? Through my research on the Basque governance systems, I’ve discovered that some of the most valuable lessons relate to how multi-level governance works within the Basque region itself and how that contributes to economic and social transformation. Devolution does not stop with the powers devolved to regional governments or authorities; the relationship between different stakeholders and layers of governance within a region or locality is equally important.

Some of the most valuable lessons relate to how multi-level governance works within the Basque region itself.

If the UK government wants to learn from what the Basque Country has done well, it should consider the following:

1. Devolution beyond metropolitan areas needs to be flexible and adaptable to place-based specifics

In his July 2021 Levelling Up speech, Boris Johnson announced that levelling up would involve extending devolution beyond cities with new deals for the counties. The government must stick to the commitment it made then to shape new devolution deals with local input, avoiding one-size-fits-all approaches.The Basque Country provides valuable evidence for why it’s beneficial to shape governance approaches to the economic geography of an area. As one of Spain’s 17 regions called ‘autonomous communities’, the Basque Country is, in turn, divided into provinces (Araba-Álava, Bizkaia and Gipuzkoa) and municipalities. Counties, which don’t have an administrative body, but which do house county development agencies, make up an additional level between the provinces and municipalities. The economic activity of two of the provinces (Araba-Álava and Bizkaia) is typical of metropolitan areas in that it is centred heavily on their capital cities (Vitoria and Bilbao, respectively), where the provincial councils are based. However, in the third, Gipuzkoa, economic activity is more distributed across different hubs in the province. As a result, in Gipuzkoa, the county development agencies, created in the late 1980s, have acquired a particularly important role, as interviewees from the Basque Institute of Competitiveness explained to me. The counties map particularly well onto the different industrial areas in the province, thanks to the fact that they were designed with the bottom-up input of municipal leaders working together with the provincial council. The county development agencies have, in turn, become a key channel via which the provincial council in Gipuzkoa can reach SMEs more easily, as they are closer to the firms. Such local networks are particularly important in non-metropolitan areas where economic activity can be more dispersed.

The government must make sure any new devolution framework it designs is flexible.

This is why the UK government must make sure any new devolution framework it designs is flexible enough to allow for local input and adaptations to place-based considerations.

2. Bottom-up, collaborative dynamics are essential to the design and implementation of placed-based strategies

Basque economic development has undoubtedly benefitted from the fact that the regional government draws upon input from different levels of administration and a range of other public and private stakeholders in the region when designing its industrial policies. Experiments in collaborative governance have become increasingly innovative over the years, not only at regional but also provincial and local level, designed to reach beyond the largest firms and to engage wider society. The county development agencies in Gipuzkoa, for example, used to provide services to SMEs in an essentially one-way direction – for example, advising them on how to apply policy – but have since evolved more into facilitators of networks for cooperation and mutual learning among public and private actors at county level. This not only facilitates more efficient implementation of regional policies, but also channels local feedback upwards into the policy-making process, adding value. Collaboration among different tiers of governance and different areas, rather than competition, has been the goal of such approaches.

Therefore, the UK government needs to reconsider the increasingly competitive dimension of current devolution arrangements. Having areas compete against one another for centrally controlled, often short-term pots of money doesn’t facilitate the formation of robust, collaborative partnerships that could ultimately add value and increase efficiency.

Finally, institutional stability is important. From the Regional Development Agencies (RDAs) to the Local Enterprise Partnerships (LEPs), which are now under review, there has been frequent chopping and changing in the institutions and policies meant to tackle the UK’s place-based inequalities in recent decades. The Basque Country shows what can be achieved with a more stable, longer-term institutional and policy framework and vision. If it is to have a meaningful impact in tackling inequalities, the Levelling Up White Paper must provide the basis for a longer-term devolution framework that goes well beyond the current government term, with a clear allocation of resources and responsibility.