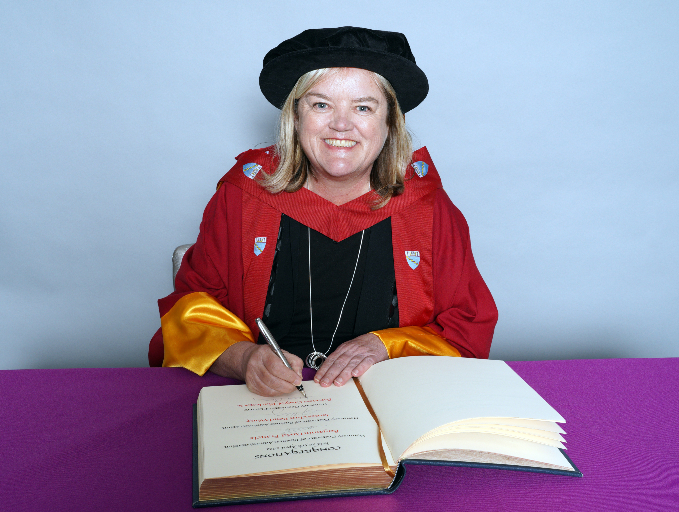 A former government official who was prominent in the field of social policy has been awarded an honorary degree by Aston University.

Dr Casey is the co-founder and chair of the Institute of Global Homelessness, with the aim of delivering an international solution to homelessness across the world.

Over the last 18 years she has been instrumental in the development of several bespoke social policy programmes for five UK Prime Ministers and has consistently delivered brave and innovative solutions to long standing social problems ranging from homelessness and anti-social behaviour to troubled families and integration.

In August 2021, Baroness Casey was appointed to review the circumstances and prepare a report on the spectator invasion of Wembley Stadium. Later in 2021, she was appointed to lead an independent review of culture and standards into the Metropolitan Police.

“I am delighted that Aston University has bestowed this honour on Dr Louise Casey.

“It is wonderful to see her significant contribution to public services and social equality rewarded in this way.

“She is an inspiring role model for our students.”