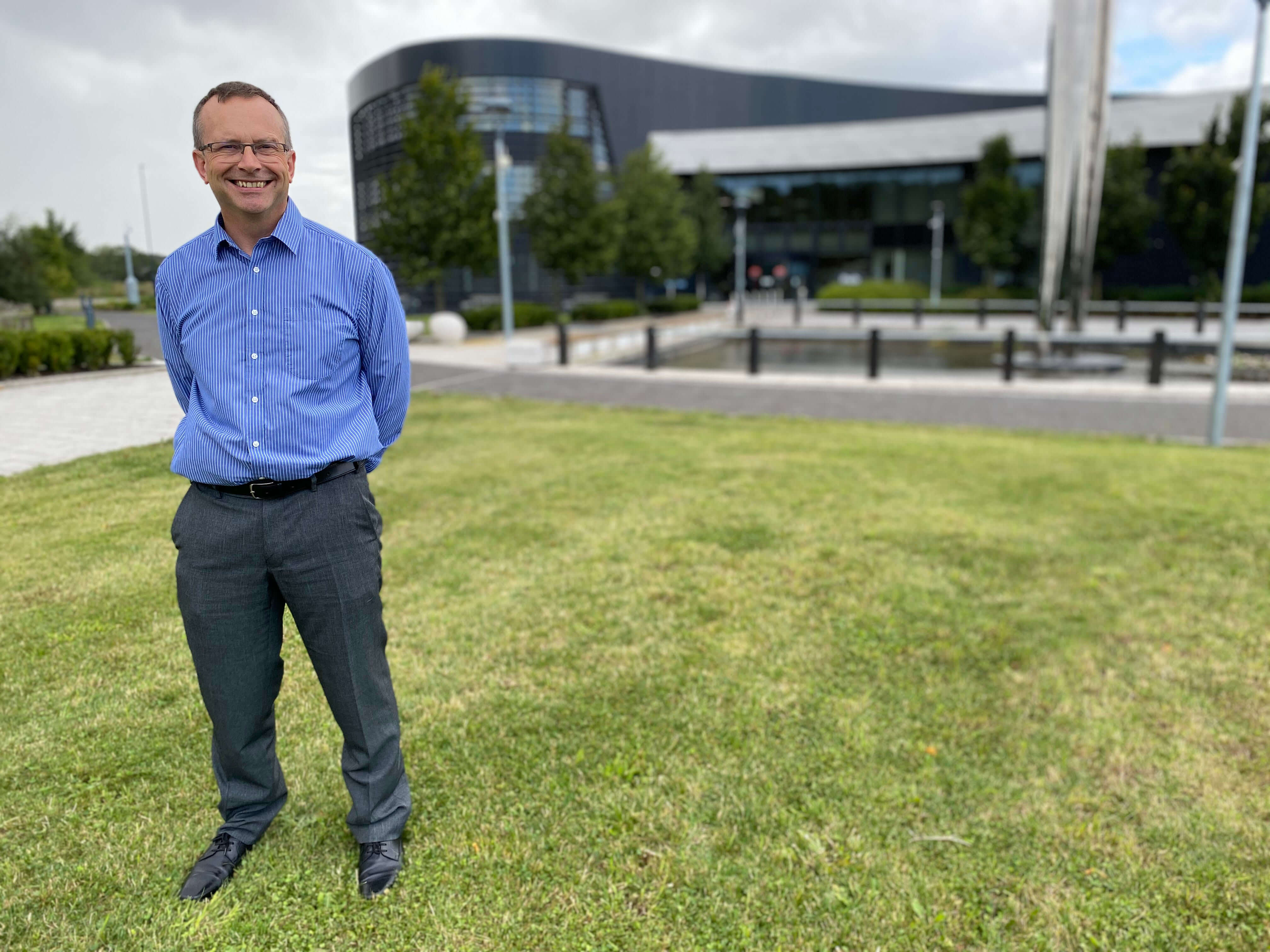 Angel investors have helped a Midlands component company’s plans to double in size in the next couple of years, despite the economic challenges caused by COVID-19.

Composite Braiding, based in Derby, specialises in manufacturing lower cost, lightweight components that can replace the likes of steel. Steve Barbour, the company’s managing director, attracted the funding after attending a Minerva Birmingham PitchUp event created and delivered by the Centre for Growth at Aston Business School, Bizzlnn at the University of Birmingham and Minerva at the University of Warwick Science Park. Over the last five years, more than 125 entrepreneurs have presented to directly to the angel investors and secured over £3m of funding from the event.

Angel investors provide funding and support in return for a stake in the business, not unlike the process seen in the popular TV series Dragons’ Den – although in real life angels are not usually high-profile multi-millionaires.
Steve was talking about his experiences in the latest episode of a podcast series called ‘Aston means business: SMEs adapting to COVID-19 challenges’, presented by journalist Steve Dyson. He said he didn’t feel traditional bank lending was available to such an early stage business, so had looked elsewhere for investment.

He said: “Angel financing is undoubtedly one of the most appropriate, certainly for a company of our technology, size and age. They are clearly looking for a return, but equally it’s more about trying to get a new business off the ground. And the angels have the mindset that allows us to be able to work together in a slightly riskier backdrop.”

Steve, who previously spent nearly 20 years at Rolls Royce, employs six people at Composite Braiding, which currently has a turnover of around £250,000 a year. After securing the funding from angels, he has now developed plans to double in size by 2022.

He explained this expansion was helped by finding “like-minded people who understood fundamentally what we were trying to do and really were willing to help us along the way to realise the potential of the business”.

He said: “It’s quite difficult for young companies to find investors who can see beyond where you are at that particular point. That’s where people like the angels come into their own because they have experience of investing in early stage companies and providing the support that we need.”

Steve said the angels put in a certain amount of money and get a percentage of the business in return but, as the founder, he still owns more than 50 per cent. When the COVID-19 pandemic hit, he said the angel investors were “brilliant”.

He added: “We communicated with the angels and the feedback we got was ‘keep going, you’re doing a great job, we are there to support you’. The lockdown has been tough but we’re coming out of it strongly and looking to at least double the size of the business over the next couple of years.”

One of Steve’s angels is Liz McKenzie, a former production engineer who became a senior manager at Toyota before going on to serve as chief operating officer at the Wesleyan Assurance Society. Today, as well as being an angel investor, Liz is vice-chair of the West Midlands Growth Company and holds various other senior non-executive positions.

Liz was also interviewed for the podcast and explained that when Steve made his pitch at the Minerva Birmingham PitchUp event, hosted by Aston Busines School. She found him to be “really switched on, he knew his numbers, he was realistic, and he had a kind of determined glint in his eye”. She then looked at the product and was “sold”.

She said: “Steve’s done a great job of managing through COVID-19. He was quick to react, understood quickly what was happening with his supplier and customer base, and made plans to conserve cash. The main thing was he never stopped the critical path for engineering, continuing throughout to develop products and talk with actual and potential customers.”

Liz said that angels typically had three things in common: “A tolerance for pretty high financial risk, we like the entrepreneurial world, and we are lucky enough to have a bit of money. Basically they swop investment for shares to gain a future return. It’s a long-term investment – they call it patient capital – because it’s years before you can expect to get that return.”

She added: “Some angels use their experience and get involved in the business to bring about the success that both the founders and the angel investors hope for.”

About Aston University
Founded in 1895 and a University since 1966, Aston is a long-established university led by its three main beneficiaries – students, business and the professions, and our region and society. Aston University is located in Birmingham and at the heart of a vibrant city and the campus houses all the university’s academic, social and accommodation facilities for our students. Professor Alec Cameron is the Vice-Chancellor and Chief Executive.

Aston University has lifted the Outstanding Entrepreneurial University trophy at the sixteenth annual THE Awards.

A Birmingham firm of accountants with ambitions to become a leading tax specialist has doubled its revenues during COVID-19.

UK entrepreneurship is “in jeopardy” despite hitting a new high pre-pandemic because of gaps in support for people in the early stages of running a business, a leading expert has warned.