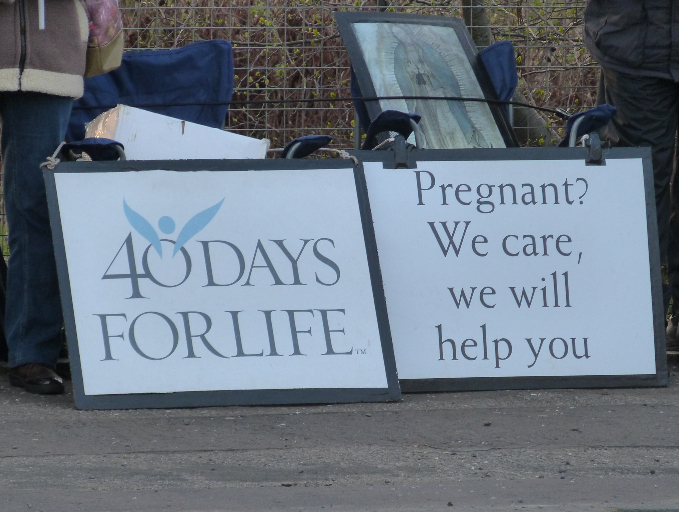 Birmingham City Council is currently consulting on a Public Space Protection Order (PSPO) to prevent anti-abortion activists from standing outside an abortion clinic in Kings Norton.

Research by Dr Pam Lowe and Dr Sarah-Jane Page1, whose latest book Anti-Abortion Activism in the UK has just been published, shows that the anti-abortion activism around clinics causes considerable distress to those seeking services, and it is experienced as a specific form of street harassment.

They say it draws unwelcome public attention to those entering and leaving abortion clinics and involves strangers asking personal questions about a private healthcare decision on the street. Even when they have been told that they do not want a conversation, anti-abortion activists sometimes persist in trying to persuade women not to go ahead with the procedure.

The no protest zones already in existence, such as Ealing, have not reduced the ability of those opposed to abortion to make their voices heard; they have moved their protest down the road as a proportionate response2.

“No protest zones allow women to seek advice and treatment from healthcare professionals without harassment.

“It is experienced as unwanted surveillance and an invasion of healthcare privacy for those seeking abortion.

“No one should be accosted and asked to discuss private issues by strangers in public.”

“Alongside the harassment of those attending the abortion clinic, the loud prayers and hymns frequently disrupt the lives of those living in the neighbourhood, as well as bringing the issue of abortion to the attention of younger children.

“Anti-abortion activists in Kings Norton have also approached children as they walk to and from school.”

“Since coming together with my neighbours to end the harassment outside of the clinic we have been overwhelmed by the support for the PSPO.

“The overall sentiment is relief ‘someone is doing something’ as everyone is so disgusted by the protest - we need to stop the harassment that is happening at the heart of our neighbourhood and let the clinic go back to the discreet provision it has always been.”

1) Dr Pam Lowe and Dr Sarah-Jane Page have researched extensively on these issues. Their latest book Anti-Abortion Activism in the UK has just been published by Emerald.

2) The use of a Public Spaces Protection Order to ban protests from an abortion clinic in Ealing was upheld in the Court of Appeal.