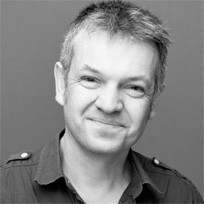 It’s shortly after 11 on Monday 23 August. I’m in London for Extinction Rebellion’s (XR’s) latest mass action, marching alongside a bicycle-powered sound system blasting out Sofa Surfers’ Out, Damn Light. As we head into Covent Garden, out of nowhere, there’s suddenly a four-metre high pink table with ‘Come to the Table’ on the side and a group of activists on the top. Everyone sits down. It’s not a bad stretch to occupy; I rapidly find myself next to a Pret.

Through the afternoon, speakers talk of the climate crisis and the need for urgent action. At 7pm, police start to disperse activists; by nightfall, nearly everyone has left, with a relatively low number of arrests. The next morning, only the giant table is left, with police specialist units taking care to remove the activists locked-on or glued to it. There is little media coverage.

It’s also apparent that there are far fewer people here than at previous major XR actions. What’s gone wrong – and why, with COP26 looming, does it matter?

Back in April 2019, XR captured extensive media coverage as around 10,000 people occupied four prominent sites in central London. XR had a plan: mass civil disobedience would cut through the false promises of parties and governments and the ineffectiveness of established NGOs. Ordinary citizens would force politicians to act.

And XR created public agency around climate change. In a debate ordinarily focused on technologies and taxes, targets and markets, XR’s demand for rapid change NOW resonated with a public increasingly alarmed over the latest IPCC report and what climate change meant for their communities, their children, their grandchildren.

In response, Parliament passed a resolution; three quarters of local councils declared a climate emergency; Labour talked up a Green New Deal; Theresa May’s government committed to net zero by 2050 (though not, as XR demanded, 2025).

These actions were designed to attract as many people as possible: make it open and democratic, by announcing it in advance, with no need for participants to have specific skills; emphasise low potential risks; but create maximum disruption. ‘Sitting in the road is how we win’, XR argued.

But on each successive major action, in October 2019, September 2020, and August 2021, it hasn’t worked out like that. Dreadful weather (in October 2019) and Covid have played their part. But so too has XR’s insistence on announcing the action in advance (often referred to as the ‘civil’ in civil disobedience).

By giving out information about its methods, timing, and targets, XR also enabled public authorities to plan, prepare, organise. In September 2020 and August 2021, XR’s actions were met with meticulous removal plans by the Met.

The effect is a vicious circle: if it cannot hold public space, XR cannot attract media attention or create political tension; to do so, it must imagine more complex and spectacular actions, requiring greater commitment and fewer participants, undertaken without prior warning (such as the blockade of right-wing newspaper printworks in Hertfordshire and Merseyside in September 2020); these actions appear less democratic, by the standards that XR has itself set, and are politically less consensual; it becomes harder to mobilise large numbers of ‘ordinary citizens’; the group becomes increasingly reliant on smaller-scale, higher-risk, higher-skilled actions, and so on.

If XR cannot mobilise ever larger numbers, and cannot hold public space, it can create neither escalation nor tension, or at least cannot do so through mass public disobedience actions.

This is important for two reasons. First, whilst the UK is about to host COP26, the rhetoric from PM Boris Johnson is strikingly positive on climate change; and the UK remains (if by accident as much as design) a ‘climate progressive’ state, far in advance of nearly all other OECD states in climate policy.

But the gap between rhetoric and action remains stark. Johnson’s own ambitions are long on technologies that haven’t yet been invented, and short on structural change. Politically reasonable measures that are technologically feasible now – electric vehicles, home insulation, replacing combination boilers with heat pumps – are repeatedly kicked into grass as long as possible. Hayley Stevenson refers to this as ‘climate bullshit’.

Meanwhile, council emergency declarations are only just that – declarations – without locally active and informed publics to question them and demand better.

Second, for activist groups, the predicament is also between rhetoric and action. Demanding a publicly funded drive to insulate Britain’s homes, reduce climate emissions, and remove four million households from fuel poverty is hardly a radical demand. It’s rational on just about every level you could think of. But to get this demand heard, activists from Insulate Britain have resorted to sitting in the middle of the M25.

As the political gap between rhetoric and action gets ever deeper, the protest gap is likely to do the same

And this is the rub. Attracting media and political attention – even negative attention – is fundamental for groups like XR. If disruptive but low risk, mass, collective action does not persuade politicians and policy-makers to ‘come to the table’, activists will turn to effective actions which are still essentially just sitting in the road – but which carry much higher risk, are much more disruptive and polarising, and bring together fewer people.

In other words, as the political gap between rhetoric and action gets ever deeper, the protest gap is likely to do the same, with even limited and moderate demands backed by increasingly disruptive tactics. COP26, with its expected grand announcements, political backslapping and media cheerleading, is likely to exacerbate rather than solve this problem. XR’s moment appears to be on the wane – but other groups are sure to take up the challenge.