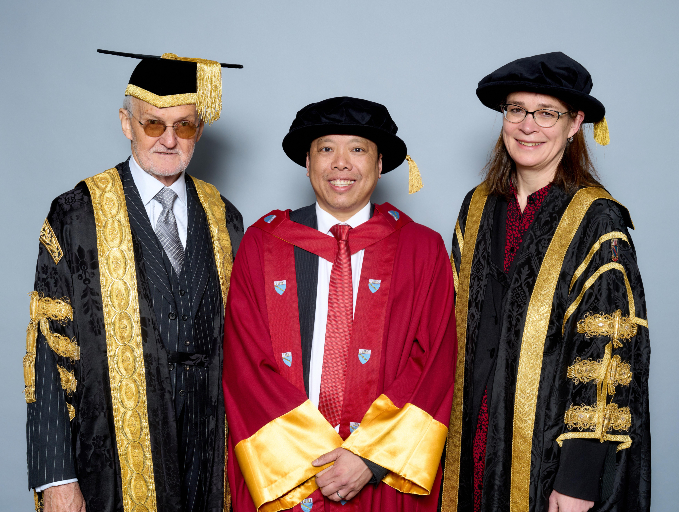 A well-known and much respected member of the Birmingham Chinese business community has been awarded an honorary degree by Aston University for his significant contribution to the development of the Chinese-British relations.

Dr James B Wong, who is the managing director of Chung Ying Restaurant Group, received the honour at a ceremony at Eastside Rooms in Birmingham on 5 April 2022.

Dr Wong is a prominent figure on Birmingham's vast charitable scene and has contributed immensely to fantastic causes on both a local and national level. During 2020 he personally delivered 2500 free meals to hospitals and frontline workers.

James is also the chair of Chinese Festival Committee and is responsible for arranging Chinese New Year celebrations Birmingham, where attendance has tripled during his tenure.

He is also a patron of the Chinese Community Centre Birmingham (CCC-B) and governor of the Overseas Chinese Association School.

“I am delighted that Aston University has bestowed this honour on Dr James B Wong.

“He has played an active role in the development of Birmingham, through his business ventures and leading Southside BID and has helped to create an environment in the city in which Chinese students feel welcome.”