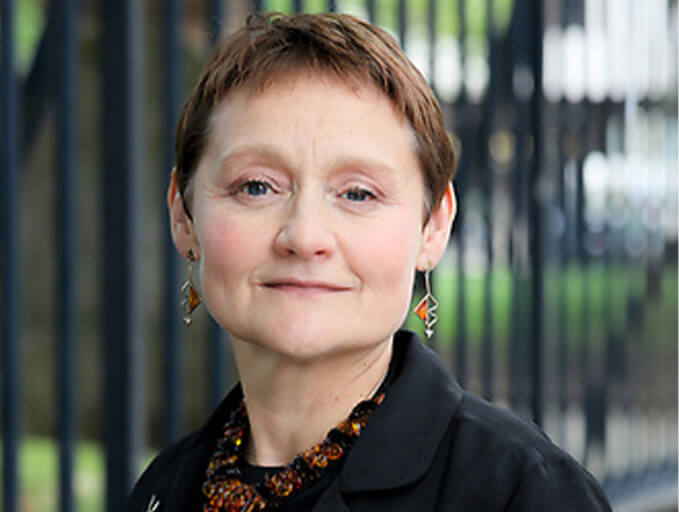 Since 2017, Helen has been a Deputy Lieutenant and has acted as lead on the education group that has been working with schools, colleges and universities to promote the importance of good citizenship. This activity has involved working with a panel of education leaders, and going into schools to explain what the West Midlands Lieutenancy does, and how young people can make a positive difference to the community around them.

She takes on the role from Dr Beverly Lindsay OBE OD, who has completed her three year term of office. Dr Lindsay will continue as a Deputy Lieutenant for the West Midlands Lieutenancy.

A new Lord-Lieutenant’s prize is being launched this year to recognise and promote the outstanding contribution that young people make to their community in the region. Nominations will come from schools, with ten exceptional young people going on to receive the prize.

“It is an exciting time to take up the position as the region celebrates the Capital of Culture in Coventry in 2021 and the Commonwealth Games in 2022. Through my existing involvement with education, working with disadvantaged young people and with cultural organisations, I believe this new position will allow me to connect a lot of the things I already do.

“The West Midlands is known for its diversity and we have the highest proportion of young people in Europe, so it is important that the interests and the future of young people are high on the agenda and the Lieutenancy is playing a role in this.”

The Lord-Lieutenant, John Crabtree, added; “Beverly Lindsay has been a terrific support to me over the last three years and has spent a huge amount of time and effort to support the initiatives and activities of the West Midlands Lieutenancy for which I’m so grateful. When Helen starts the position as Vice Lord-Lieutenant in September, she will bring a wealth of knowledge and connections from her extensive involvement with so many organisations and I look forward to working with her.”

The West Midlands Lieutenancy is the second largest lieutenancy in England and Wales, supporting a population of nearly three million people across the seven local authorities of Birmingham, Coventry, Dudley, Sandwell, Solihull, Walsall and Wolverhampton.

Apart from acting as The Queen’s representative for the region and covering royal visits, the Lord-Lieutenant has a community role to support initiatives that help the region and to recognise people and organisations that help others. The Lieutenancy also supports the Honours system and engages with many partners to promote the Honours and encourage nominations that can be made by anyone to acknowledge the many wonderful contributions so many people make. These include individual Honours, awards for charities and volunteers through The Queen’s Award for Voluntary Service (QAVS) and for business through The Queen’s Award for Enterprise (QAE).

For further information on the West Midlands Lieutenancy visit www.wmlieutenancy.org.

Professor Helen Higson OBE is the Provost and Deputy Vice Chancellor at Aston University, where she has held various roles. Her role at the University includes ensuring that the students have the best learning experience possible, and that their lives are transformed for the better via this and integrated work experience. In order to achieve this, Helen works with the executive deans to ensure staff can maximise their effectiveness in their research, teaching and external outreach.

Her career in education has spanned over 37 years and she is a Professor of Higher Education Learning and Management and a National Teaching Fellow (NTF), a Principal Fellow of the Higher Education Academy (PFHEA) and a Fellow of the Association of University Administrators (FAUA). She was awarded the OBE in 2011 for services to higher education.

Helen is also vice chair and a trustee of the IKON Gallery in Birmingham, the current chair of the Greater Birmingham and Solihull LEP Employability and Skills Board, a member of the Midlands Engine Skills Board ,and a board member of Ravensbourne University, London.

She is also a fellow of the Royal Society of Arts (FRSA) and has a fellowship with Birmingham Metropolitan College. Professor Higson was appointed as a Deputy Lieutenant in 2017.

Press enquiries to Julia Willoughby on 07739403951 or email julia@wpragency.co.uk or