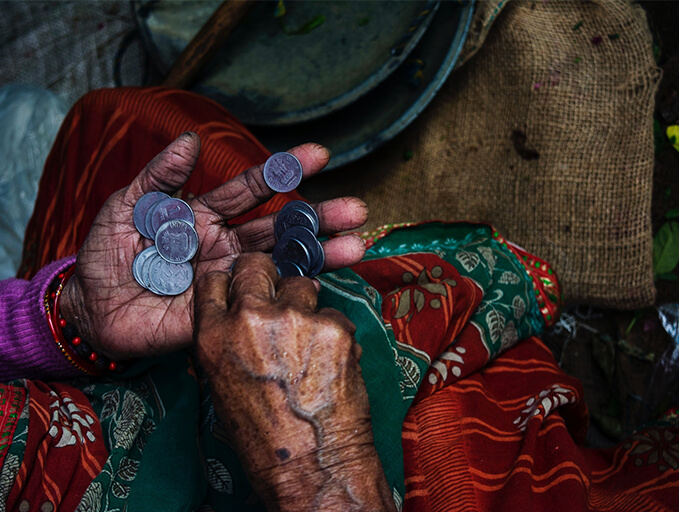 Mathematicians have used machine learning to develop a new model for measuring poverty in different countries that junks old notions of a fixed ‘poverty line’.

The study by academics at Aston University, published in the journal Nature Communications, suggests mainstream thinking around poverty is outdated because it places too much emphasis on subjective notions of basic needs and fails to capture the full complexity of how people use their incomes.

They say their new model – which uses computer algorithms to synthesise vast amounts of spending and economic data – could help policymakers worldwide predict future poverty levels and plan interventions to alleviate the problem.

“No-one has ever used machine learning to decode multidimensional poverty before,” said lead researcher Dr Amit Chattopadhyay of Aston University’s College of Engineering and Physical Sciences. “This completely changes the way people should look at poverty.”

Established measures of poverty attempt to identify a threshold monetary level below which a person or household is defined as ‘poor’. These definitions trace their origins back to methods developed in the 19th and early 20th century by reformers such as Ernst Engel and Seebohm Rowntree.

Currently, the World Bank sets the International Poverty Line at US$1.90 per day, with around 10% of the world’s population – about 700m people - living on less than this. This is based on a subjective assessment of income needed to cover basic needs in the poorest countries, adjusted for purchasing power parity (PPP).

In the new study, the researchers analysed 30 years’ worth of data from India, dividing expenditure into three broad categories of ‘basic food’ such as cereals, ‘other food’ including meat and ‘non-food’ covering other spending such as housing and transport costs. The model can be applied to any country.

By recognising the ‘push-and-pull’ interplay between the three categories – more spending in one area usually means a reduction in spending in another –it allows for a more holistic poverty measure that can adjust to the circumstances of individual countries. The researchers combined datasets on incomes, asset and commodity markets from the World Bank and other sources to produce a mathematical model that was able not only to accurately predict past poverty levels in both India and the United States, but also to predict future levels based on certain economic assumptions.

By taking account of the elasticity of supply and demand in the market, the model revises the number of people traditionally deemed ‘poor’ into a more practical ‘middle class’. It can be scaled to reflect conditions in sub-regions of a country, or even scaled down to a single city or neighbourhood depending on the available data.

“Current thinking on poverty is highly subjective, because ‘poverty’ will mean different things in different countries and regions,” added Dr Chattopadhyay. “With this model, we finally have a multi-dimensional poverty index that reflects the real-world experience of people wherever they live and largely independent of the social class they are deemed to belong to.

“Importantly, it’s a model that takes account of the economic circumstances people find themselves in – and the factors that can make the biggest difference to their material wellbeing. As such, it can be an important tool for governments and policymakers globally in identifying poverty and putting in place interventions that really tackle it.”

The full paper, ‘A social Engineering Model for Poverty Alleviation’, is published in the journal Nature Communications.