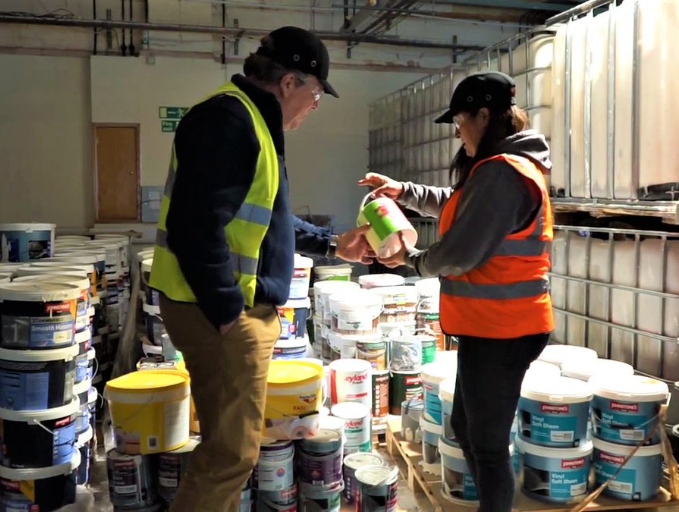 A ground-breaking Aston Business School project is slashing scores of local companies' carbon footprints by a total of 6,000 tonnes of carbon dioxide (CO2).

The five-year Low Carbon SMEs project, working with 165 small and medium-size businesses, is already way ahead of the target set by the European Regional Development Fund, which is backing the initiative.

The project, which runs until 2023, is headed by Professor Prasanta Dey from Aston Business School's Operations and Information Management department. He was talking about his team’s work in the latest episode of the 'Aston means business’ podcast series, presented by journalist Steve Dyson.

Professor Dey explained how most of the progress made to combat climate change had been by larger companies, and yet SMEs account for 90 per cent of the world's enterprise. He said a shift was needed from a linear economy of "make, use and throw" to a circular economy based on "take, make, distribute, use and recover".

"We need to get smaller companies on board in order to achieve our target of lowering the carbon footprint by 2040 ... We have to keep the resources within the cycle on and on. There should be nothing leaving the cycle and zero in landfill."

Prof Dey said the ERDF had set a number of targets including an average annual CO2 reduction of seven tonnes per company, as well as improving performance and creating jobs.

Working on this over five years with 165 companies would amount to an overall reduction of 1,155 tonnes, but Prof Dey said they were likely to achieve a "substantial" carbon footprint reduction of 6,000 tonnes.

At the same time, he said that for each company they had seen an average of 10 per cent business growth, cost reductions of around £9,000, and several jobs created.

One of the companies involved in the project is Halesowen-based Paint 360, whose managing director Lee Cole was also interviewed on the podcast. The company makes new paint from unwanted paint pots which might otherwise go to landfill or be incinerated.

"The project has enabled us to upscale production and become a lot more efficient in what we do and saving carbon internally."

This had been achieved by removing "bottlenecks" in processes and amalgamating two sites onto one. He said the company could easily treble its outputs in the future and still have more potential for expansion.

He said: “It's hard to imagine, but there are 55 million litres of paint thrown away every year in the UK alone. We have to start looking at all material as a resource. It's everybody's duty to do it. We just can't keep chucking away stuff because we don't fancy it anymore.”

Jamal Lea, the project manager of Low Carbon SMEs who works closely with Prof Dey, also appears on the podcast. He said the project had formed a "real community of green-minded SMEs" involved in sharing best practice and innovation.

Mr Lea said that with the help of an ERDF grant, the company installed energy efficient plant equipment which reduced their vat-processing time from 45 minutes to 30 minutes. This enabled Paint 360, which employs nearly 20 staff, to achieve an "embedded carbon saving" of 250 tonnes of CO2 per 500,000 litres of paint processed.

Professor Dey is planning to continue the carbon footprint initiative beyond the project, developing digital platforms with tools for SMEs to use. He explained how he was also working on other carbon-saving projects across Europe, Asia, the Caribbean, and Latin America.