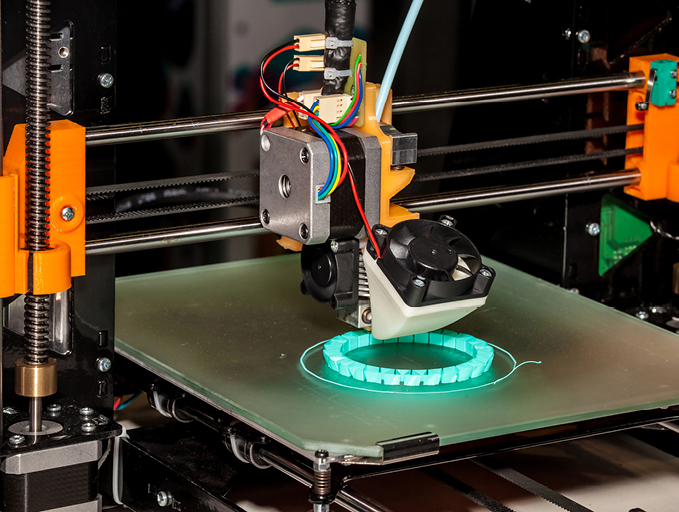 A senior lecturer at Aston University is helping ear, nose and throat (ENT) clinics around the world by using the hi-tech ingenuity of 3D printing.

Dr Mark Prince used 3D printing to prototype and produce a valve for a mask so that ENT surgeons could continue to examine and treat patients without fear of spreading the virus.

Dr Prince, a senior lecturer in mechanical engineering at Aston University, was talking about his experiences in the latest episode of the 'Aston means business' podcast, presented by journalist Steve Dyson.

The podcast also features Dr Ahmad Beltagui from Aston Business School, who talks about the wider benefits, some downsides and future potential of 3D printing in successfully disrupting traditional manufacturing.

"They were looking to solve a problem and I was able to use my additive manufacturing knowledge to help them out, and the result of that was that we developed a new technology and span a company out of it.

"The company is Endoscope-i Ltd, founded in 2012 and now with an annual turnover of £200,000. The idea was simple: can we get medical endoscopic images of the ears and throat using a smartphone and we came up with a technique to do that."

He said that, traditionally, he would have used large, expensive equipment to prototype the systems and new products. However, that wasn't possible with most of the university closed down at the height of the pandemic last year. He, therefore, had to look at other technologies that were safe to use in the home without breaking lockdown restrictions.

"When we are looking at diseases or concerns of the throat and nose we often stick an endoscope up the nose and down the throat, but of course you can't do that through a mask.

"One of the founding members, Mr Ajith George, suggested that we could put a valve in the mask that allowed an endoscope to pass through it and allow the procedure to go ahead without breaking containment.

"Work on the device started in mid-March 2020 and was ready for free supply to the NHS in November. What that has allowed the NHS to do is any ENT clinic was able to fit it to a mask, put the mask on the patient, and carry on with an endoscopy procedure without all of the concerns of the pandemic."

Meanwhile, Dr Ahmad Beltagui, a lecturer in operations and information management at Aston Business School, said you could get 3D printers from as little as £200 all the way up to expensive versions working with "exotic materials" like titanium.

He said there were four main benefits to manufacturers:

"The COVID-19 pandemic saw 3D printers used in homes to produce equipment such as cheap face visors for their local hospitals. The great thing about 3D printing is anyone can produce anything they want.

"That's also the biggest risk – there is no control over what people produce or how safely they produce it.

"At the beginning of the pandemic, someone in Italy found that they could produce some spare parts to keep the ventilators in their local hospital going. But then a few days later the manufacturer of those ventilators was considering whether or not it should take legal action."

However, he said the printing machines had gradually become more reliable and there was a better level of quality, while the cost was coming down.

"As to the future, the only limit is your imagination."