Mind the gap: why we need to understand the under-reporting of domestic violence to the police 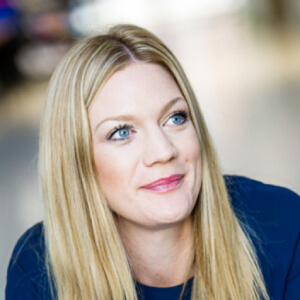 Mind the gap: why we need to understand the under-reporting of domestic violence to the police

The start of the global pandemic marked the beginning of an unprecedented time of lockdowns and restrictions placed on our daily lives. Strategies for managing the virus have placed restrictions upon our daily activities, varying in severity and duration globally.  These measures have resulted in a worldwide increase in reports of domestic violence and abuse in the home

In the UK, various iterations of national and local ‘lockdowns’ have been observed since March 2020. This meant a ‘stay at home order’ was imposed on millions of households, with people only able to go out for essential shopping, work and daily exercise, leaving many families vulnerable to domestic violence and abuse.

During this time, the UK and other international governments - as well as the media, charities and national helplines -have reported a serious increase in reports of domestic abuse. This is an alarming statistic, because the numbers of reported domestic violence and abuse cases are already worryingly high. The Office for National Statistics (ONS) estimates that one in three women aged 16-59 will experience domestic abuse in their lifetime. Two women per week are being killed by their current or previous partner in England and Wales alone and in the year between March 2019 and March 2020, 1.6 million women experienced domestic abuse.

Periods of lockdown have resulted in an increase in alcohol consumption, with economic stressors at a high, plus the effects of isolation have caused episodes of, and the exacerbation of, mental ill-health. The stay-at-home message designed to keep people safe was paradoxical for some, since home is often the site of physical, psychological, and sexual abuse. Prior to the pandemic, those experiencing domestic violence and abuse were able to seek information, support and justice from a range of in-person, digital and telephone-based services. However, during the pandemic, many in-person services where reports of DVA could be made reported falls in attendance due to COVID-19 restrictions. Within the UK, this included attendance to general medical services and a 25% reduction in attendance to A&E, drop-in referrals to mental health and psychology services and a 50% drop in referrals to sexual assault referral centres (SARCs).

The stay-at-home message designed to keep people safe was paradoxical for some, since home is often the site of physical, psychological, and sexual abuse.

In contrast to the reduction in access to face-to-face services, telephone and digital support services reported a huge increase in contact. Refuge, the national domestic abuse helpline in the UK, reported a surge in increase in requests for help in the first week of the lockdown, with over 40,000 calls being made during the first three months of the Covid-19 restrictions. However, as police services note, most increases in reporting have occurred in the third sector – to domestic abuse helplines and related services – rather than to police.

The first stage in obtaining justice for victims of domestic violence and abuse is to report the offence to the authorities. Without this, access to justice is limited in an already highly complex system. Barriers to contacting the police in relation to sexual offences, but equally applicable to domestic abuse incidents, include ‘a fear of being disbelieved; fear of retribution by the offender or others connected to the offender; feelings of shame; embarrassment; living in an isolated environment; fear of being blamed; lack of confidence or trust in the legal system; and lack of confidence or trust in police’.

The Crime Survey for England and Wales (CSEW) indicated a 9% increase in domestic violence offences recorded in April to June 2020 compared with the same period in 2019. However, contact made to third sector organisations shows far greater increases.

This gap in reports made to the police and calls made to third party organisations raises concerns for the police. There has never been a more urgent need to focus our attention on this crime and how we can support those experiencing domestic abuse now and in the future.

Assist the police to promote practices that ensure victims and witnesses feel more confident about coming to the police early.

Much of what we know about the reporting of crimes to the police is post-hoc and statistical. We know much less about how these calls are made to the police, by whom and why.  We need to understand why this gap exists and, in doing so, we can assist the police to promote practices that ensure victims and witnesses feel more confident about coming to the police early, thus allowing them to undertake early intervention and prevent very serious harm.

Our research aims to understand how domestic abuse is disclosed in calls to the police and how assistance is sought and provided, in live unfolding interaction. We examine the calls linguistically to make visible the nature and extent of domestic abuse reporting and the ways call-takers progress incoming calls for help. Findings will assist the police to promote practices that ensure victims and witnesses feel more confident about coming to the police early, allowing them to undertake early intervention.

In the meantime, the third sector continues to support victims and their children affected by domestic violence and abuse. Refuge reports £173 million per year is needed to increase the number of refuge spaces available so that no woman or child is turned away. The government has committed £125 million, leaving a gap and bringing uncertainty to the futures of those who require the life-saving support that refuges and support services offer.