Live music map launched to track impact of major events such as Brexit and Covid-19; researchers call for contributions from industry, musicians and fans 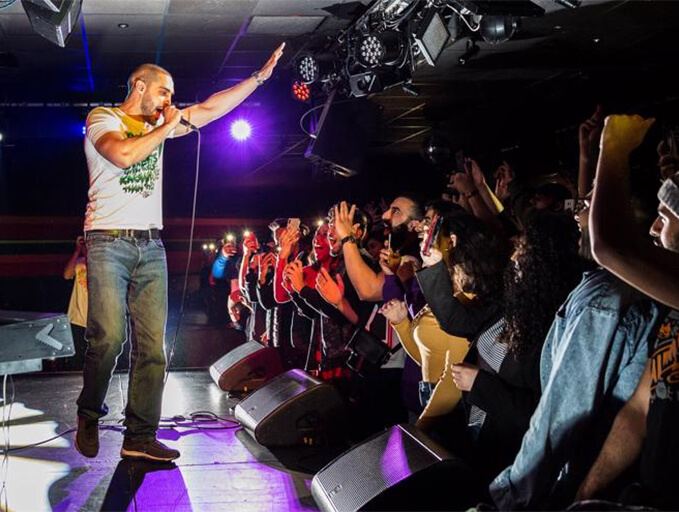 Researchers from three UK universities have launched an interactive live music venue map and database for the city of Birmingham, to help track the impact of global music trends and international events – such as the Covid-19 pandemic and the UK’s exit from the European Union.

The vital new resource has been developed by the Birmingham Live Music Project (BLMP) team, made up of academics from Aston University, Birmingham City University and Newcastle University, and features around 200 music venues with B-postcodes – ranging from the 15,800 capacity Utilita Arena to the tiny Lamp Tavern, home to the Black Diamond Folk Club.

Music workers and fans from across the city are now being invited to contribute recommendations for current venues to be included on the map to ensure the database is comprehensive, in order to accurately track socio-economic, political and geographical changes in Birmingham’s live music industry over the coming months and years.

Dr Craig Hamilton, researcher at Birmingham City University, said, “The BLMP map launch signals the start of a crowdsourcing initiative that will be vital to the success of the project. Our map currently shows the majority of the main and major sites of live music, but we know this does not represent the full extent of live music venues in the city. To help us complete the picture we’re hoping that music fans, musicians and industry workers can tell us about venues and spaces missing from the map.”

The BLMP map is the first focused exploration of the Birmingham venue landscape, and will present valuable information about the health of the sector – which plays a key role in generating a £211 million contribution towards the UK music economy – as well as illuminate the overall ‘ecology’ and interdependencies across different local, national and global actors.

Recent research from UK Music has highlighted the economic contribution that music tourism has for the UK with the headline figures showing that 29.8 million people attended live music events with 11.2 million of them classed as music tourists, generating £4.5 billion in direct and indirect spend and sustaining 45,530 full time jobs (Music by Numbers, UK Music 2019).

Of particular relevance to the project team at this time is the plight of small to medium music venues during the global Covid-19 pandemic, which has seen live music venue activity in Birmingham, and across the UK, stop almost immediately as a result of ‘lockdown’ restrictions.

The data collected for the map can be extrapolated and used to develop complementary coping policies allowing for forecasting of market and industry change and therefore the development of reactive strategies. Long term, the outcomes, findings and replicable working methods will ensure that other regions – and particularly urban centres – will benefit from this work and help raise awareness of the live music sector and the challenges it faces.

Dr Patrycja Rozbicka, BLMP project lead at Aston University, said, “It is during an incredibly challenging time for the UK’s live music sector – where in some cases the very existence of venues is under threat as a result of pandemic restrictions – that we launch this new map, in addition to ongoing concerns around Brexit.

“Our research findings, particularly the data and mapping of the state of the sector in Birmingham will be of interest and use to various stakeholders in the city and beyond to help with their policy and strategy work, and data can impact the city planning and development policies, licensing regime, and environmental regulation.”

In October 2019, BLMP published a report which said that a significant drop in music tourism and an exodus of firms vital to the local infrastructure were amongst a number of Brexit-related concerns voiced by policymakers, academics, industry figures, and media representatives.

Currently, the Birmingham Live Music Project mapping model is limited to the geographic area covered by B-prefix postcodes – excluding the wider West Midlands and greater Birmingham area - to render the scope of the project manageable and achievable. There are plans to expand the map in the future.

This research programme examines the impact of shifts in the globalized music economy and national level changes on localised cultural, social and economic actors from the perspective of Birmingham.

Its aims are to inform the public, policy-makers, and the different stakeholders involved of these effects, along with best practices and possible solutions to the different challenges faced by the globalised live music industry on a local scale.

The programme aims at a detailed mapping of the live music ecosystem in Birmingham, deploying elements of the established ‘live music census’ methodologies (replicable surveys of audiences, musicians, venues and promoters, interview and observational data, stakeholder consultation) to produce tailored qualitative and quantitative data and recommendations in the Birmingham and West Midlands context, and contribute to the broader picture of the UK’s place in the global live music economy.

Founded in 1895 and a University since 1966, Aston is a public research university situated in the centre of Birmingham, England.

With over 24,000 students from 80 countries, Birmingham City University is a large, diverse and increasingly popular place to study. The University puts students at the heart of everything it does, giving them the best opportunities for future success.