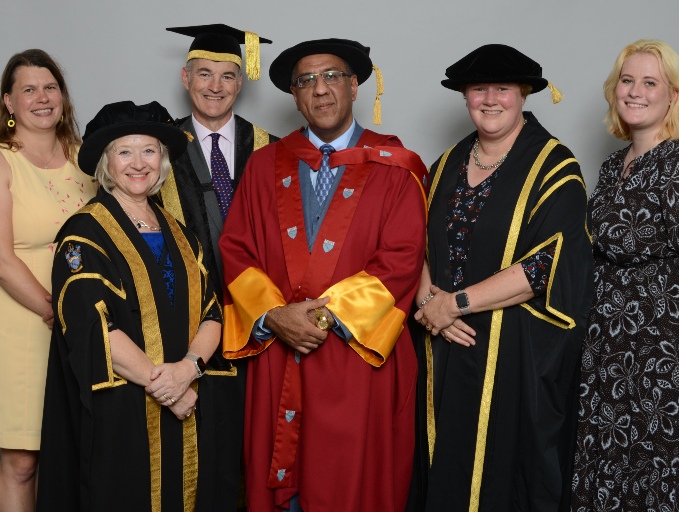 Aston University has awarded an honorary degree to a leading light in equality, diversity and human rights.

Dr Zahid Nawaz was awarded the honorary doctorate by Aston University in recognition of his work to increase the number of underrepresented groups in Apprenticeships.

Dr Nawaz was the Regional Director at the former Commission for Racial Equality. He has also held the title of Diversity and Engagement Manager at the Department for Education and worked on a ministerial project in five key cities around the country which aimed to increase the participation of underrepresented groups in Apprenticeships.

He has also served as an Independent Board Member of the West Midlands Police Authority and was a senior Visiting Fellow to the world-renowned Defence Academy, responsible for harnessing expertise across the whole spectrum of defence and security subjects for the Ministry of Defence.

“I am delighted that Dr Nawaz’s pursuit of inclusivity for those who are under-represented in our society has been recognised by this award. He has been a role model for so many already and will continue to inspire our students for years to come.”