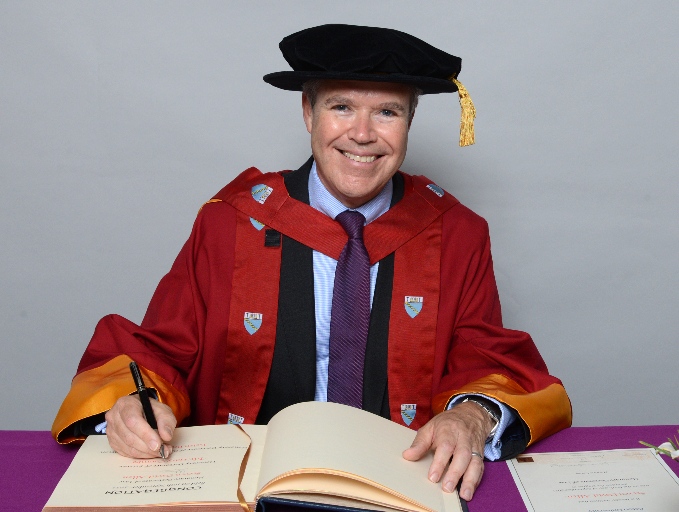 Aston University has awarded an honorary degree to the head of the Birmingham office of the national law firm Mills & Reeve LLP.

Dr Steve Allen was awarded an honorary doctorate this week from Aston University in recognition of his contribution to commercial law.

Steve is a commercial litigation and arbitration lawyer with over 30 years’ experience in resolving high value and complex disputes, particularly those with an international element.

He is listed in the Legal 500 ‘Hall of Fame’ and in Chambers UK as a ‘Ranked Lawyer’. In 2010 he was the inaugural winner of the International Solicitor of the Year Award from the Birmingham Law Society.

He appears in the Birmingham Post’s Power 250 list of the Midlands’ most influential people and is currently a Visiting Fellow of International Law at Aston University.

“Aston Law School roots its approach in the business environment. We prepare students for a diverse range of careers in law and other industries.

“I am delighted that Aston University has recognised Steve with this award. As a Visiting Fellow of International Law at Aston Law School, he is an inspiring role model for our students.”