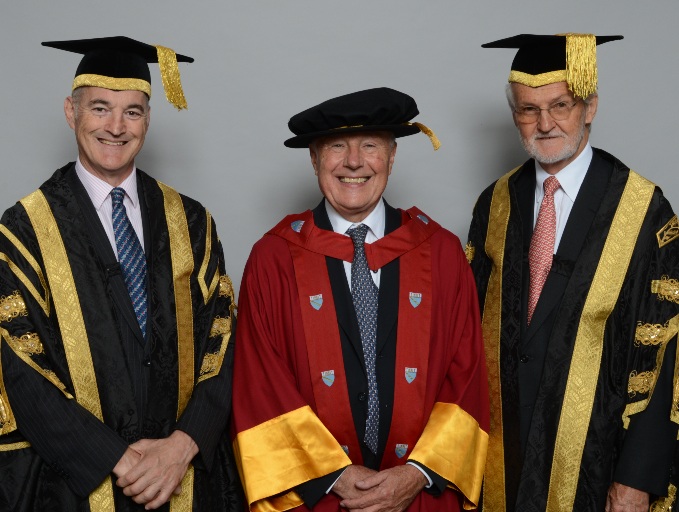 A prominent business leader within the West Midlands has been awarded an honorary degree by Aston University.

Dr John Crabtree holds a variety of business, law, community and charitable interests and is a former President of Birmingham Chamber of Commerce, UK lawyer of the year, and has received lifetime achievement awards from the Birmingham Law Society and the Birmingham Post.

For many years, he was Chair of both Birmingham Hippodrome Theatre Trust, the UK’s most popular single theatre and Sense, the leading charity looking after the deafblind and people with complex disabilities.

In 2007 he was awarded an OBE in The Queen’s Birthday Honours.

He is currently also Chair of the Birmingham Organising Committee for the 2022 Commonwealth Games.

“I am delighted that Aston University has bestowed this honour on Dr John Crabtree.

“His successful, wide-ranging career has seen him hold a number of high-profile roles, notably spending more than a decade as a senior partner of Birmingham’s largest law firm, Wragge & Co. He is an inspiring role model for our students.”