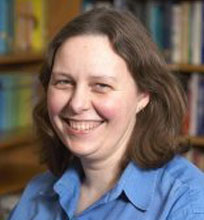 Back in March, the Government called for evidence to better understand women’s experiences of the health and care system. Over 100,000 women, organisations, clinicians and carers have answered that call so far, to help inform the first ever government-led Women’s Health Strategy.

For the majority of actively heterosexual women, being able to decide if or when they have children is an essential component in the battle for equality. Yet, whilst there have been huge advances in medical technology which have produced an array of choices in methods to control or enhance fertility, women are still expected to make the ‘right choices’ over reproduction.

Motherhood is still often largely considered normative for women, and ‘good mothers’ are produced through policies which nominally seek to put the welfare of children first, whether they are born, in utero or not yet conceived. Yet many of these policies are not directly related to child welfare, and instead constrain women’s bodies and behaviour based on long-standing ideas about women needing more guidance due to their irrationality or ignorance. Rather than trusting women to make their own decisions, they are stigmatised, sanctioned and disciplined through a range of laws, policies and practices that govern the provision of reproductive health services.

The provision of contraception is an example of overregulation. For example, emergency hormonal contraception (EHC) has been available through pharmacists for over 15 years, improving access for some. However, the provision of the service is designed around the idea that women are sexually irresponsible and/or unknowledgeable and in need of guidance. These ideas are enforced through mandatory consultations with pharmacists who question them about why they need EHC and what future contraceptive method they will use. These consultations are not clinically necessary, as in many countries EHC is sold without any barriers, which has reduced the cost. Indeed in some parts of the US, it is available in vending machines on university campuses. As use is time-sensitive, easy access improves effectiveness. Instead of acknowledging that taking EHC is a responsible action when other contraceptive options have not worked out, we continue to run a service designed to shame women for their assumed lack of use of ‘proper’ contraceptives. To improve women’s health, we need to reduce regulation, increase access, and stop making assumptions about EHC users as largely irresponsible.

In no other area of healthcare would public opinion rather than clinical best practice and NHS efficiency be a concern of government ministers.

The evidence shows that over 90% of people in Britain support access to abortion in at least some circumstances, and 1 in 3 women will have an abortion during their lifetime. These numbers clearly show it is not a difficult or controversial issue for the overwhelming majority of the general public. In my experience, many people are shocked to hear that it is still actually a crime, and cannot understand why this is the case. The current legal framework governing abortion is not just unnecessary, but considerably increases the costs to the NHS. For example the resources needed to gain two doctors' signatures to prescribe abortion medication, which, if it was instead a medically managed miscarriage, would be managed by a single midwife.

The development of the telemedicine abortion service during the pandemic proved to be clinically safe and effective in reducing waiting times. However, instead of accepting the medical evidence, the government instead decided to consult the public on this change. In no other area of healthcare would public opinion rather than clinical best practice and NHS efficiency be a concern of government ministers. Abortion is normal part of women’s healthcare and it is about time that law and policy stopped treating it as exceptional.

We need to trust women to make informed decisions about their reproductive lives.

Many voices criticised the recent World Health Organisation (WHO) suggestion that women of childbearing age should not drink alcohol, despite little evidence that low levels of consumption have an adverse effect on the developing foetus. This is not a new policy suggestion as previously similar advice has been given for all those ‘at risk’ of pregnancy, which, as all contraception has a failure rate, is a less heteronormative way of giving the same advice. In Britain, it was acknowledged that the alcohol abstinence position during pregnancy was only introduced because some felt that it was a clearer message. In other words, women cannot be trusted with complex issues. There is a significant risk from excessive alcohol consumption, but where this is happening, this is unlikely to be deterred by these type of draconian policies. Yet in practice, as it is widely known to be exaggerated, this policy position risks undermining faith in health advice more generally.

More recently, it has been suggested by the National Institute for Health and Care Excellence (NICE) that healthcare privacy should no longer apply to pregnant women, with data about alcohol consumption transferred to a child’s health record without gaining explicit consent. The fact that we still need to remind policymakers that pregnancy does not diminish rights, and women are not just incubators, shows that we still have far to go to achieve equality.

In the area of reproductive health, policy and practice often implicitly reproduce and enforce specific normative ideas that still treat women as irrational, ignorant or fail to recognise them as retaining their full citizenship rights whilst pregnant. If we want to improve women’s health, it is about time that this changed. We need to trust women to make informed decisions about their reproductive lives.