How a ‘pharmacist first’ approach could relieve NHS pressure 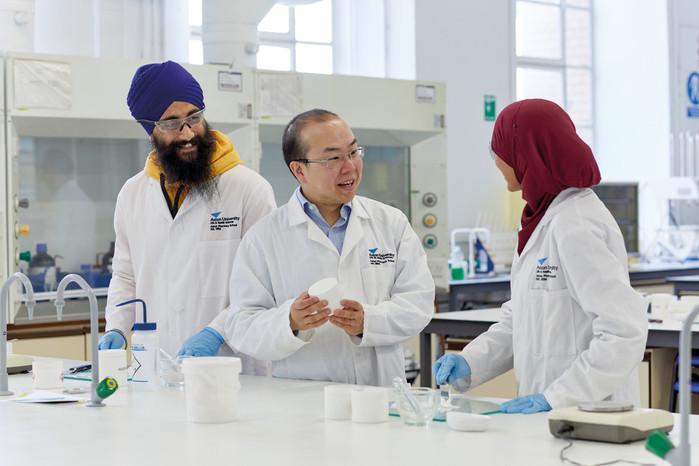 There are frequent media headlines around the ever-increasing pressures on the National Health Service (NHS). How we use the mix of healthcare professionals is often scrutinised as one potential source for the solution. Headlines in national newspapers such as ‘GP shortages now so bad that pharmacists will be drafted in to treat patients in surgeries’ often portray moves to involve pharmacists as a downgrade in the quality of the NHS offering. However, any inference that “inferior” pharmacists are being drafted in to deliver the care usually provided by “superior” general practitioners is not rooted in facts.

Pharmacists are frontline healthcare professionals who can bring their own unique skillset to general practice for the benefit of patient care. The Department of Health and Social Care (DHSC) has highlighted the importance of the unique contribution of the pharmacist within the NHS Long Term Plan and in January 2020 the DHSC reported on the need for a ‘pharmacy first’ approach. Furthermore, in his first speech after the election, the Health Secretary pledged to unleash the potential of pharmacies over the next five years, and just this week, it was announced that from July, hospitals will be able to refer patients who would benefit from extra guidance around newly prescribed medicines to their community pharmacy.

Aston Pharmacy School traces its roots in pharmacy education back to 1847. As society’s needs and expectations of pharmacists have changed over time, so too has the approach taken to educating and training pharmacists. Where once a pharmacy degree largely had its origins in the base sciences, now the expectation is that pharmacists will be leading advances in patient-orientated clinical care.

One of the key enablers for this change was the introduction of pharmacist prescribing; firstly, as supplementary prescribers in 2003, and then subsequently as independent prescribers in 2006. The move to pharmacist prescribing was one which was more easily embraced within the hospital sector. Pharmacists working as part of ward-based multidisciplinary teams, or in outpatient clinics, with access to all the relevant patient information to enable safe prescribing, was a natural extension to the existing roles that pharmacists carried out. However, the development of prescribing within a community pharmacy was less rapid owing to the relative detachment of the community pharmacy from the rest of the healthcare team.

Changes in legislation to allow the pharmacist to leave the community pharmacy to undertake activities, including prescribing, did not have the desired effect. The time allowed for absence was limited, the activities which could still take place during the absence of the pharmacist restricted, and the continual problem of a lack of ready access to patient data remained.

More recent developments within the hospital sector have further promoted the role of the prescribing pharmacist. Work undertaken at Aston Pharmacy School established that pharmacists with advanced training can manage, from a clinical perspective, over one third of patients attending emergency departments. With ever-increasing pressures on emergency departments, this additional route for patient management is one which is already having a significant impact in a number of locations.

Now, the pharmacy profession is undergoing even more radical changes due to developments in primary care.  As noted, one major barrier to the development of a ‘prescribing pharmacist’ outside of the secondary care hospital environment has been due to a disconnect between the primary healthcare system and community pharmacy. By moving the pharmacist into general practice surgeries, this disconnect has been minimised and pharmacists are able to make a greater impact on the management of patients and their medical conditions.

Government is right to promote a ‘pharmacist first’ approach, and rapid advances in the training of pharmacists means the emerging pharmacy workforce is well-prepared for this challenge. Better use of the skills of pharmacists in patient care will go a significant way towards relieving some of the pressure on the NHS. Any further government policy in this direction should therefore be strongly encouraged.

A scheme by Aston University to help young people from disadvantaged backgrounds in Birmingham, the Black Country and surrounding areas with ambitions to enter medicine or a healthcare profession has been highly commended for benefitting society in this year’s Green Gown Awards.

Aston University is delighted to announce the appointment of Professor Anthony Hilton to the role of Pro-Vice-Chancellor and Executive Dean of the College of Health and Life Sciences.

Aston University is working with PwC to provide additional mental health support to students and staff to combat the effects of the pandemic.