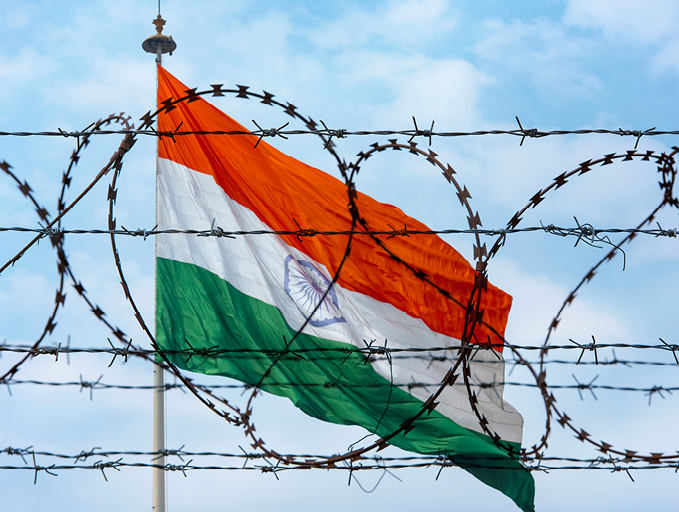 Aston University’s history department is marking 75 years since Indian partition with a series of events.

The series includes a podcast, a live talk at Café Artum at Hockley Social Club and an exhibition in the main concourse at Birmingham New Street station in association with the UK’s leading British Asian web magazine DESIblitz.

It caused the displacement of up to 20 million people as well as hundreds of thousands of casualties.

“The partition of India in 1947 was a world-changing historical event that reshaped a major part of Asia and moved the British Empire significantly closer to its final demise. Yet its consequences also changed the face of Birmingham and the West Midlands which, over the following decades, welcomed many migrants from India, Pakistan and later Bangladesh. We teach about the partition on our global history course but in fact these events are the family history of so many of our students.

“I’m really excited about the exhibition at Birmingham New Street. It gives us a chance to tell a story that many British people simply do not know: a story that is linked to the British Empire but also to the railways which had a major role in moving people around the Indian subcontinent.

“Most importantly, it is an occasion to commemorate an event that, for good and for ill, has shaped the personal histories of so many people in the West Midlands. Partition was a moment of liberation but it was also a moment of often tragic suffering and loss.

“This exhibition will set the partition of India in the context of immense global changes following the Second World War. Yet it will also showcase the personal memories of individuals who later came to live in the Birmingham areas. We hope that the animations of first-hand testimonies from the period, which have been created for us by our exhibition partner DESIblitz, will make these memories more accessible and inspire and touch visitors to the exhibition.”

75 Years On: The partition of India in a global perspective

In this 'Society matters LIVE' talk, Dr Volker Prott, a senior lecturer in modern history at Aston University, will invite you to take a step back and explore the partition of India from a global historical perspective. Why did partition seem inevitable to so many people 75 years ago, even if they saw trouble ahead? Where does the idea of partition even come from? Why did so many partitions occur in the twentieth century and in the context of decolonisation? He will consider other examples, such as Ireland, Palestine, India, and also Germany, Korea, and Vietnam in order to tease out the concept of partition, and understand what it means in different contexts.

Children of the Railway exhibition

This exhibition narrates the story of the division of the Indian subcontinent in 1947 into two countries: India and Pakistan.

The events of 1947 affected the lives of millions of Indians and today still shape the lives of thousands of inhabitants of Birmingham and the West Midlands.

The exhibition places partition in the wider context of world affairs, as the British Empire slowly began to be dismantled and the Cold War began.

Using first-hand oral testimonies from the Desiblitz film The Reality of Partition, it also tells some of the stories of ordinary Indians whose lives were uprooted and whose communities were split apart.

In the space of a few months, fourteen-million people journeyed across the new border, many travelling by train, in what is still the largest mass migration event in history.

Society matters podcast: The partition of India: an ‘evil act’ or ‘rush to grant independence’?

Dr Volker Prott speaks about the legacy of India and Pakistan’s independence in the latest episode of the ‘Society matters’ podcast series, presented by journalist Steve Dyson.

For more information about studying history at Aston University visit our website.