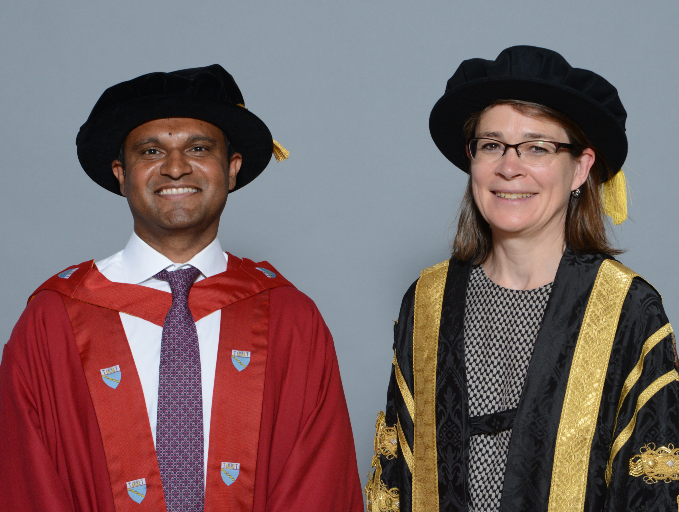 A prominent finance leader has been awarded an honorary degree by Aston University.

Dr Robert Jesudason, who holds a Bachelor of Science degree from the University, received the honour at a ceremony at Eastside Rooms in Birmingham on 19 July 2022.

Robert founded Serendipity Capital in 2020 and serves as its chief executive officer and founding partner. Prior to that he was president of Block One, a leading global blockchain company.

Prior to Block One, Robert was Group Executive, Financial Services and Chief Financial Officer of Commonwealth Bank of Australia (CBA), where he was responsible for CBA’s financial management framework and was a member of its Executive Committee.

“I feel very privileged to receive this honorary doctorate from the University.

“As an alumnus from Aston Business School, it has deep significance to me to be recognised this way.”

“I am delighted that Aston University has bestowed this honour on Dr Jesudason.

“He has great pedigree within the financial world, having also been CFO of Commonwealth Bank of Australia, a managing director at JP Morgan as well as managing director and global head of Corporate Development at Barclays PLC earlier in his career.”