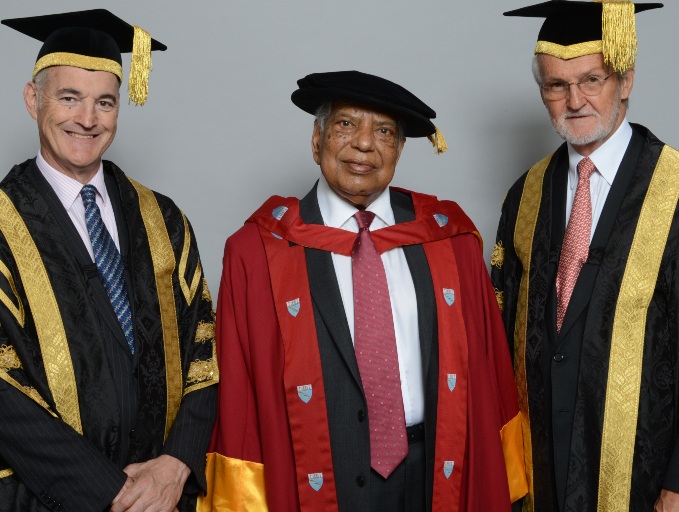 An equality campaigner who was once imprisoned for his political activism as a student in Bangladesh has been awarded an honorary doctorate by Aston University.

While studying at university, Dr Tony Huq got involved in politics, having been struck by the inequalities in society, became a student activist and soon the president of the National Union of Students. His political activism and anti-government protests led to political imprisonment. While in jail, he met other political prisoners – many of whom were to become important figures in the history of Bangladesh, including the future Prime Minister and future ministers.

In 1964, he moved to the UK to take up a position as a supply primary school teacher in Birmingham, eventually rising to become the first Bangladeshi headteacher in the UK in Sparkbrook.

In his new position, he abolished corporal punishment, established parental and pupil partnerships with the school and launched a scheme to support pupils who did not speak English as their first language with support from the Cadbury Trust.

The scheme was later widely replicated not only in Birmingham but across  the rest of the country and Dr Huq was subsequently awarded an MBE by Her Majesty the Queen for services to education in Britain.

“I am delighted that Aston University has bestowed this honour on Dr Tony Huq.

“Tony’s fight for equality and improvements in education is something to be extremely proud of and is an attribute that reflects the values of Aston University.

“He is an inspiring role model for our students.”