COVID-19 wrecked live music, but sector will survive according to industry expert 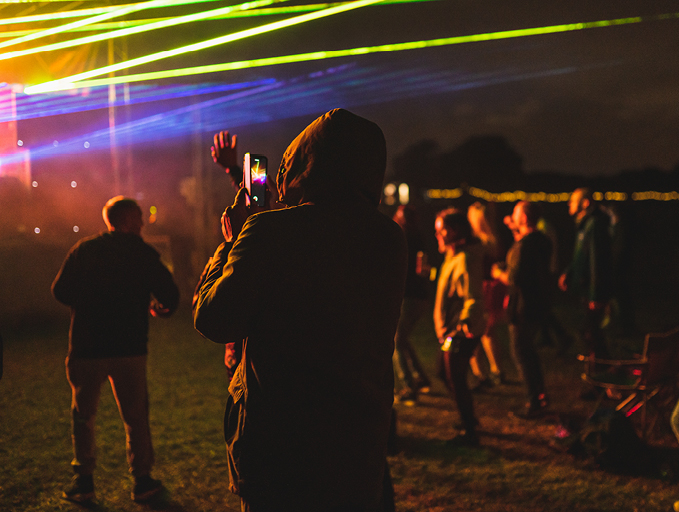 The extent to which Covid-19 has devastated one of the West Midlands’ key tourism sectors has been laid bare in an interview with an Aston University academic.

Dr Patrycja Rozbicka says the region hosted more than 870,000 visits from people attending live music events in 2019 – an influx of tourists which was worth over £250m to the local economy.

By last year, however, footfall for live music events in Birmingham alone was down to just a third of its previous levels, with most venues closed since late March as a result of the pandemic.

Dr Rozbicka, a senior lecturer in politics and international relations at the School of Social Sciences and Humanities at Aston, spoke about her research into the live music industry in the fourth episode of the ‘Society matters’ podcast series, presented by journalist Steve Dyson.

She said: “In 2019, the West Midlands hosted 877,000 music tourists – people who actually come to the West Midlands to participate in live music events. They left within the region £252m. In 2020, all that came to a stop.

“In Birmingham itself we have 197 live music venues. That differs in capacity from a relatively small venue like the Sunflower Lounge to the 16,000 capacity NEC Arena.

“On a really good night the city capacity would be around 98,000 people out and about in various live music venues enjoying the experience. During 2020 with the tier system being introduced that dropped to one third of that.”

In the podcast, Dr Rozbicka says the pandemic has brought some positives, such as the coming together of various stakeholders in the region to form a regional music board.

And she expresses optimism that the sector can recover while speaking of the need for a package of measures to aid its revival.

She explained that many venues and musicians “sit uneasily beyond the parameters” of the various government schemes rolled out in 2020 to help sectors and businesses affected by the pandemic.

“The furlough scheme was useful for the permanent staff of the venues but had a minimal impact on the freelancers often hired by venues on a day to day basis, while many musicians are also self-employed,” she said.

Now Dr Rozbicka is calling for fresh help for the sector including clearer information and alternative insurance from the government as there is currently no commercial cover available for planning gigs that might be cancelled.

“Gigs and concerts are being cancelled, moved or rescheduled again and again so at some point we need an end to this uncertainty and some guarantees,” she said.

Asked whether the sector can recover, she responded: “Of course. It can recover, it will find creative ways to do so. It won’t ever be exactly the same as before but perhaps that’s not a bad thing.

“The live music industry needs innovation, new developments, new trends and solutions but these changes can be positive and they have been multiplied by COVID-19.”

The podcast also interviewed Adam Regan, co-owner of the Hare and Hounds pub and live music venue in Kings Heath, Birmingham, which has been closed since March 2020 with the loss of more than 25 jobs.

And Tim Mobbs, bass player of local band Table Scraps, described how the damaging loss of momentum in both revenues and creativity meant that many current bands “won’t make it through” the pandemic.

Podcast: Fans’ fury over European Super League was 30 years in the making

An expert in the politics of sport at Aston University discusses how football fans’ fury over the European Super League was 30 years in the making.

Further restrictions around social gatherings alongside new requirements for night-time economy businesses could sound the death knell for an already under threat live music venues, clubs and event sector, a leading academic and industry research project has warned.

Live music map launched to track impact of major events such as Brexit and Covid-19; researchers call for contributions from industry, musicians and fans

The vital new resource has been developed by the Birmingham Live Music Project (BLMP) team, made up of academics from Aston University, Birmingham City University and Newcastle University, and features around 200 music venues with B-postcodes – ranging from the 15,800 capacity Utilita Arena to the tiny Lamp Tavern, home to the Black Diamond Folk Club.