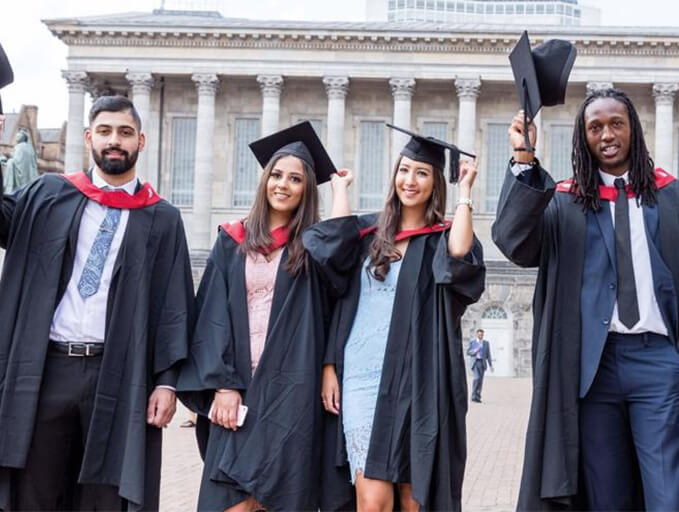 Graduates of Aston University are among the highest paid in the country five years after graduating according to new data released by the Department for Education.

Subject level data in the LEO reveals that graduates from the ‘Allied Health’ courses of optometry and audiology earn a median salary of £42,000 five years after graduation. This positions Aston University’s graduates as second highest earners nationally for these subjects.

“We’re delighted to see this recognition that our Aston graduates are highly employable and go on to secure fulfilling and well-paid jobs once they have graduated and entered the working world. We regularly meet with industry to ensure that the content of our courses meets industry requirements, resulting in a suite of practical and applied courses.

“We’re proud to say that we’re one of the most diverse universities in the UK2, and have the unique ability to attract exceptionally talented students, many of whom come from less privileged backgrounds. Our students have shown that they are willing to work hard throughout their studies to ensure that they succeed in the future, reflected in their positive degree classifications, but also with salaries that reflect their ongoing hard work and commitment.”

Founded in 1895 and a University since 1966, Aston is a long established university led by its three main beneficiaries – students, business and the professions, and our region and society. Aston University is located in Birmingham and at the heart of a vibrant city and the campus houses all the university’s academic, social and accommodation facilities for our students. Professor Alec Cameron is the Vice-Chancellor and Chief Executive.