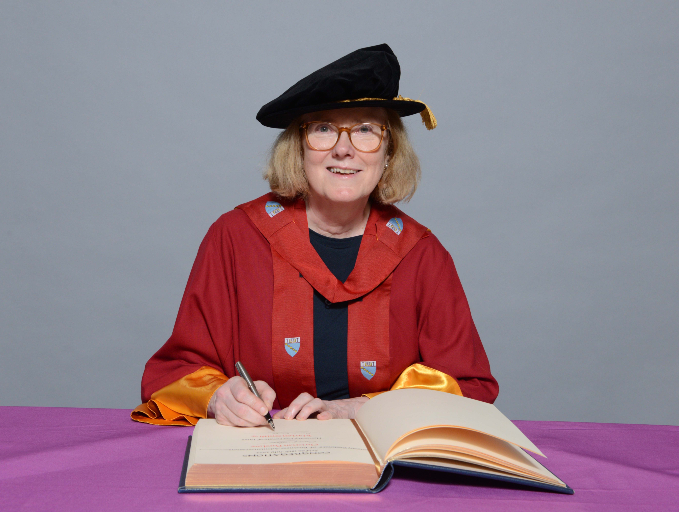 Aston University has awarded an honorary degree to Marion Smith QC in recognition of her significant contribution to commercial law and the development of students and junior lawyers.

She received the honour on Monday 18 July, during a week of ceremonies taking place between 18 and 22 July at The Eastside Rooms hotel and conference centre in Birmingham.

Marion Smith QC became a barrister in 1981 and was appointed as Queen’s Counsel in 2015, specialising in complex, high-value commercial disputes, both in the UK and internationally. She has extensive experience litigating before domestic courts and tribunals as well as in international arbitration and has significant expertise in arbitrations where the law of the contract is not the law of England & Wales.

Marion has been appointed as sole, presiding and co-arbitrator and as an expert determiner. She holds various senior leadership positions within the legal profession, including as a vice-chair of the International Committee of the Bar Council and deputy chair of the Board of Trustees of the Chartered Institute of Arbitrators.

She is a visiting senior lecturer in the School of International Arbitration (Centre for Commercial Law Studies), Queen Mary University of London and a professional visiting fellow of Aston Law School.

In 2021, Marion was appointed to Aston Law School’s advisory board, where she contributes to shaping the school strategy. Her engagement with Aston University has made a fundamental contribution to raising the profile of the Law School.

Marion has also introduced several practitioners to the University, giving rise to meaningful impact on the students.

Marion said: “It is an honour to be given this degree by Aston University. It is a university known for its strong links to business and the professions and its commitment to social mobility and diversity.”

Jonathan Fortnam, dean of Aston Law School said: “It is wonderful that Aston University has bestowed this honour on Marion.

“Her work is an inspiration to all. Marion’s support of Aston Law School has had such a positive influence on our law students, helping them gain insights and develop knowledge of their future chosen professions.

“We are delighted to welcome Marion into the Aston University family.”