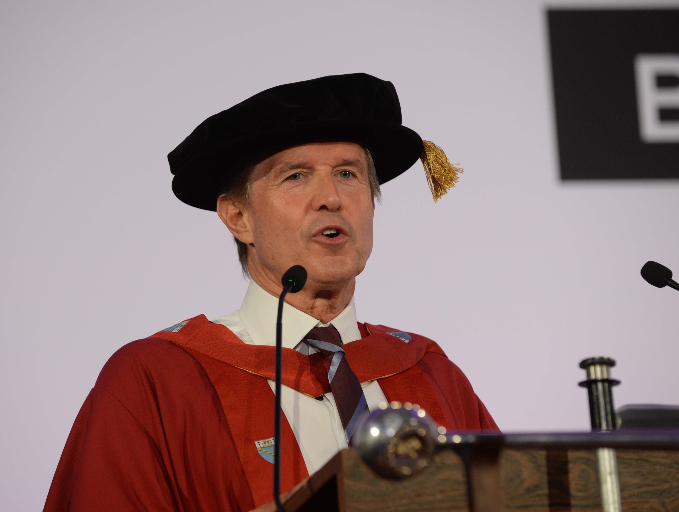 The Aston Villa CEO has received an honorary degree from Aston University.

Christian Purslow received the honour at a ceremony at Eastside Rooms in Birmingham on 18 July 2022.

Dr Purslow is one of the UK’s most experienced sports executives who, over the last two decades, has held pivotal roles at three of the country’s biggest football clubs having held the CEO position at Liverpool FC and the managing director one at fellow Premier League giants Chelsea.

He is the CEO of Aston Villa, and following his arrival in 2018, steered the club back to being a force in the Premier League after a period of great uncertainty for one of English football’s most historic clubs.

Christian has also led the professionalisation of women’s football at Aston Villa and expanded the club’s award-winning Charitable Foundation in its activities across social projects in Birmingham.

Prior to his career in sport, he enjoyed a successful financial career specialising in mergers and acquisitions for Wall Street giants CS First Boston and Salomon Brothers before becoming one of the founders of the global private equity firm, MidOcean Partners, when it was spun out from Deutsche Bank.

“It is a great honour and I am proud to be recognised by such a highly respected institution in our community which has been at the forefront of making universities in the UK more accessible and diverse.”

“I am delighted that Aston University has bestowed this honour on Dr Christian Purslow.

“His successful, wide-ranging career has seen him hold a number of high-profile roles, notably at some of England’s biggest football teams and the world’s largest financial institutions.

“Aston University’s relationship with Aston Villa continues to go from strength-to-strength and I look forward to continue working with Christian on various projects. A major redevelopment of the iconic Villa Park stadium and its surrounding area, which will be a major driver of economic regeneration, has been announced under his leadership.

“He is an inspiring role model for our students.”