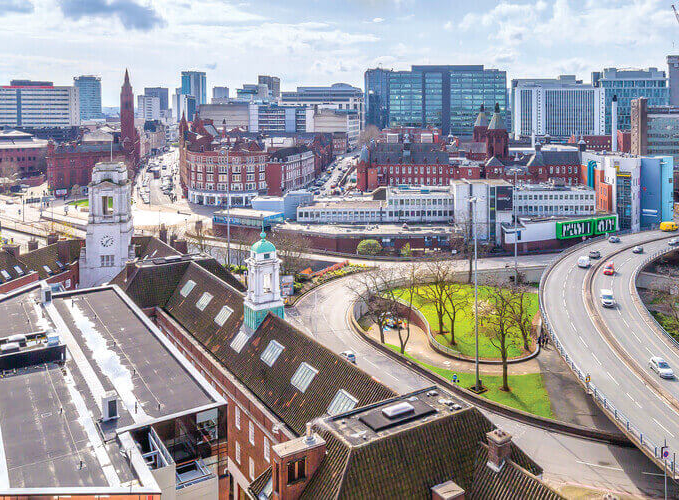 Aston University has welcomed Goldman Sachs’ plans to open a new office in England’s second city. The move by one of Wall Street’s leading firms will look to build on the successful expansion of its other strategic locations and technology hubs in Europe in recent years, including Warsaw and Stockholm.

Goldman Sachs said Birmingham offers a “number of unique advantages”, including its universities and local tech sector, while also being close enough to London to allow easy travel to the capital. Engineering will be the first division to build out with a mix of hiring and employee transfers. The target is to welcome people to the office in the Autumn of 2021.

“I’m delighted that Goldman Sachs has chosen Birmingham as the location for its major new presence, where it will harness our region’s entrepreneurial talent to develop its mission-critical digital expertise, creating hundreds of jobs. Aston University has a long-standing relationship with GS and I’m looking forward to building on that through our joint 10,000 Small Businesses programme”

Birmingham staff will initially be working out of a shared office space in the city centre, while the bank seeks a more permanent location.

For media inquiries in relation to this release, contact Sam Cook, Press and Communications Manager, on (+44)7900 167309 or email: s.cook2@aston.ac.uk