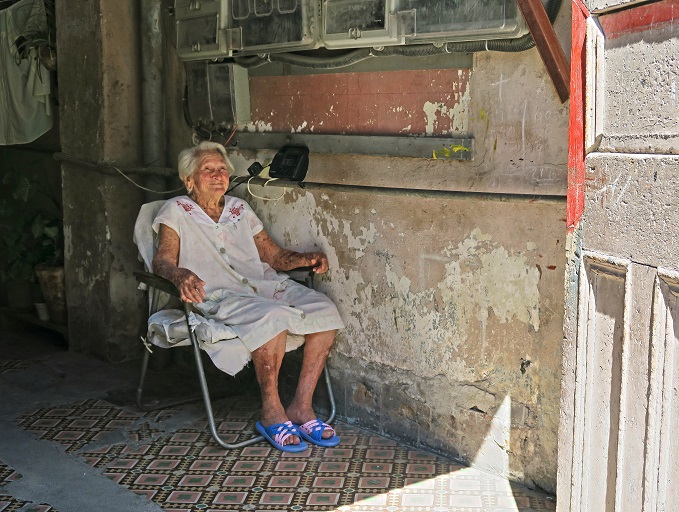 An Aston University lecturer is helping to break new ground in the global fight against dementia through his involvement in a study thousands of miles away.

The narrative therapy project, which uses photographs to stimulate patients' imagination, is centred on a "global hotspot" for early onset dementia in Colombia, believed to be a legacy of the Spanish Conquistadors in the 16th century.

Dr Stephen Fay, a lecturer in Spanish at the School of Social Sciences and Humanities at Aston University, spoke about his work as part of the 'Society matters' podcast series, presented by journalist Steve Dyson.

He said: "It all started in the early 1990s when I spent a year in Cuba teaching English at a university there as a teenager."

A year became five, during which Dr Fay also worked as one of Cuban leader Fidel Castro's translators, "working by candle-light with a pencil on his eight-hour speeches through the night".

Dr Fay, who also worked for a Cuban radio station as a "cultural journalist", returned to the UK to do a PhD on Cuban national identity.

"There was this prevalent image of Cuba as a sickly patient, and the idea of revolution as a cure-all that would help Cubans on the road to recovery."

But Dr Fay said he began to explore different narratives, "looking at how real people have used imaginary story-telling to try to make sense of, and tell people about, the very subjective human experience of illness. Living in Cuba definitely got me thinking about collective stories, to communicate, influence, inspire and even cure people."

Many years later, at Aston University, Dr Fay tried unsuccessfully to set up a narrative therapy project in Cuba involving people with dementia.

Fortunately, Dr Fay met up with a cognitive neuroscientist from Colombia who was working on a dementia project in a region that is a global hotspot for hereditary early onset Alzheimer's Disease. This, he was told, was a result of a rare genetic mutation brought to Colombia by the Spanish Conquistadors.

"There are approximately 5,000 people with this genetic mutation that leads, in 50 per cent of cases, to this hereditary early onset Alzheimer's. In a cruel irony it also makes these people really interesting for dementia research."

Dr Fay said the "massive" dementia drug programme focused on preventative rather than restorative measures. His offer of narrative therapy research was accepted, with financial backing from the Global Challenge Research Fund paid by government to universities.

The project began with 32 people with the genetic mutation taking part in narrative workshops in Colombia. When COVID-19 put an end to the face-to-face research, the work continued on Zoom.

"Quite simply, we show the participants a photograph, a visual stimulus, and then collectively and gradually we build stories together, everybody contributing their own ideas about what's going on in the story.

"The final results are not in yet, but the observational evidence is leaving us in absolutely no doubt that these workshops have had a positive impact on things like mood, self-confidence, playfulness, communicative ability, and willingness to socialise, and their imaginations have taken off."

Dr Fay said they were now looking to spread the online therapy workshops across Latin America, including a pilot project in Cuba later this year. And he said they were also exploring ways of working with Aston University’s Research Centre for Healthy Ageing to bring the work home to the West Midlands.

A nine-year old boy and his mother - who is the head of French in the School of Social Sciences and Humanities at Aston University - have been teaching youngsters French through YouTube. The channel was set up by Aleksandar who goes to St Mary's CoE, Selly Oak, in response to Covid-19 to help his classmates keep up with the language whilst learning from home.