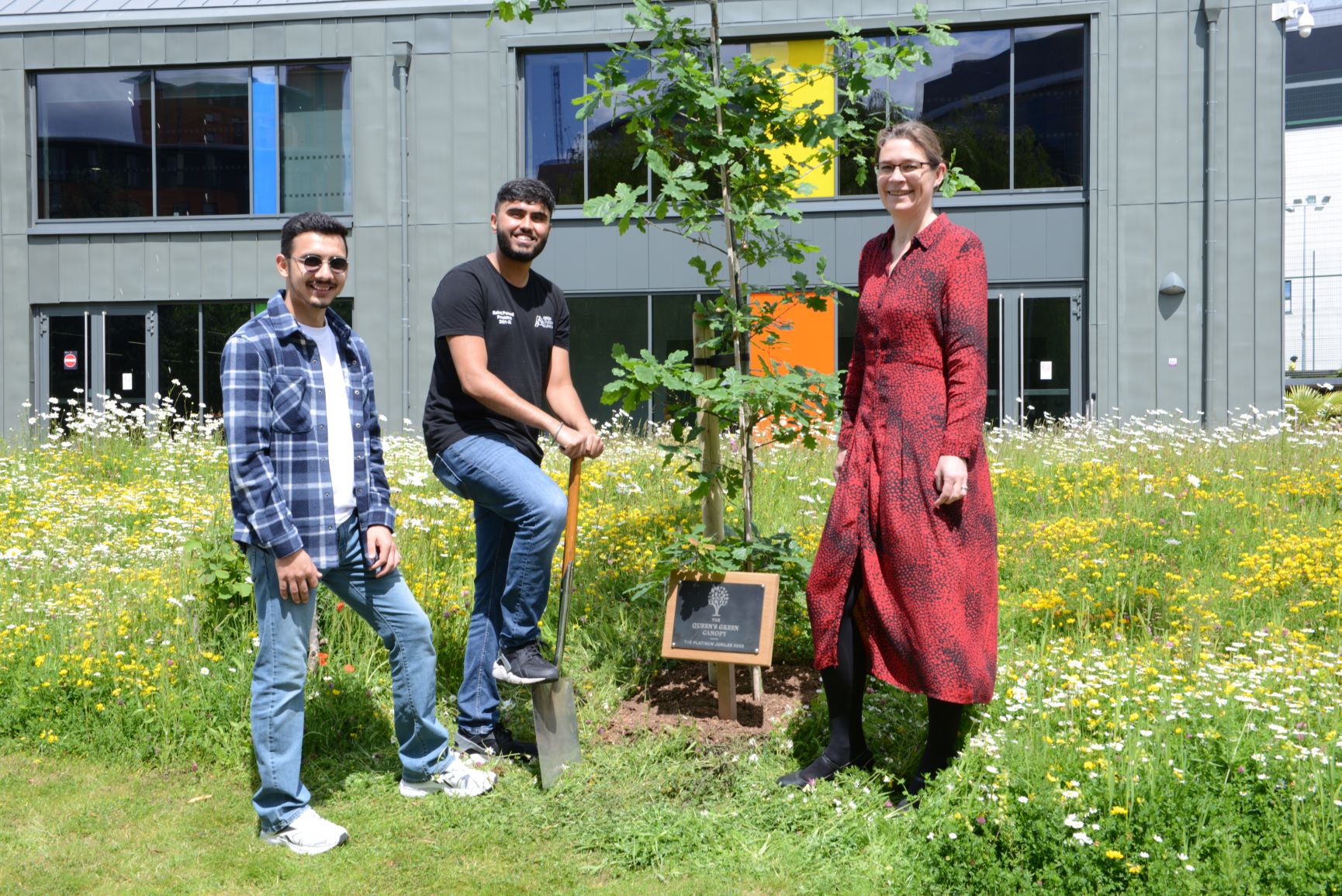 Aston University has continued the Queen’s Jubilee celebrations by planting an oak tree to mark her 70th years on the throne.

A special ceremony was held which saw the tree planted in an area of wildflowers on the University campus beside the Students’ Union and the Chancellor’s Lake.

The planting is part of the UK-wide Queen’s Green Canopy tree planting initiative which invites people across the country to “plant a tree for the jubilee” to create a legacy in honour of The Queen which will benefit future generations.

The University’s gardening team had prepared the ground for an English oak (Quercus robur) sapling.

Interim Vice-Chancellor Saskia Loer Hansen took up the ceremonial spade and turned the earth in front of senior representatives from the University and Aston Students’ Union on 7 June. She said:
“The tree planting not only marks the Queen’s Jubilee, but it also fits in with our native tree plan that we have for planting on campus.

“We chose the oak as it is a native species and grows into a spectacular-looking tree and will help wildlife to flourish on campus as it will create a home for species of birds, insects and mammals.

“As part of the University’s biodiversity action plan, we aim to identify opportunities to conserve and create new habitats, with particular focus on native species and wildlife paths through campus.”

A special commemorative plaque sits beside the Aston University oak to mark the event.

The Queen’s Green Canopy was launched in March by Her Majesty and The Prince of Wales who planted the first Jubilee tree in the grounds of Windsor Castle.