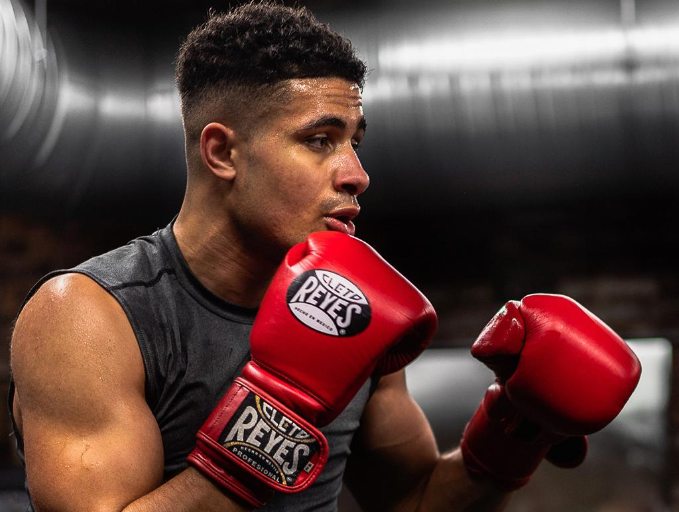 The 25-year-old came from behind to win in the men's super-heavyweight fight, beating India's Sagar Sagar in the NEC Arena on 7 August to claim England's second gold of the day.

Born in Moscow to his Nigerian father, Justin, and Russian mother, Natalie, he spent the first seven years of his life in the city of Voronezh, 520 kilometres from the Russian capital, before the family moved to London to escape racism and to seek a better life.

There was another upheaval at the age of 11, when the family moved to Wolverhampton. He once again threw himself into his schooling, enjoyed whatever extracurricular activities were on offer and took advantage of the opportunities he was afforded.

Delicious graduated with a first class honours degree from Aston University in April having studied economics and management (2020).

Speaking to BBC Sport after the fight, Delicious said:

“I was an emotional wreck earlier but when that final bell went, I knew I had it in the bag.

“The only way I did it was through the support of the fans.

“I had two rounds to prove myself and I'd never heard a roar like that. The English fans are the best in the world.

“I was determined to not let anyone else win. I've never felt anything like this.”

“We are just delighted for DJ for this amazing achievement.

“He’s a fantastic ambassador for Aston University and has been so generous with his time to inspire alumni and students – including as the cover star of the 2021 alumni magazine!

“We are proud of all of our Aston University graduates and I know the whole #TeamAston family will be celebrating Delicious’ Commonwealth Gold alongside him.”

You can find out more about Delicious Orie’s story here.