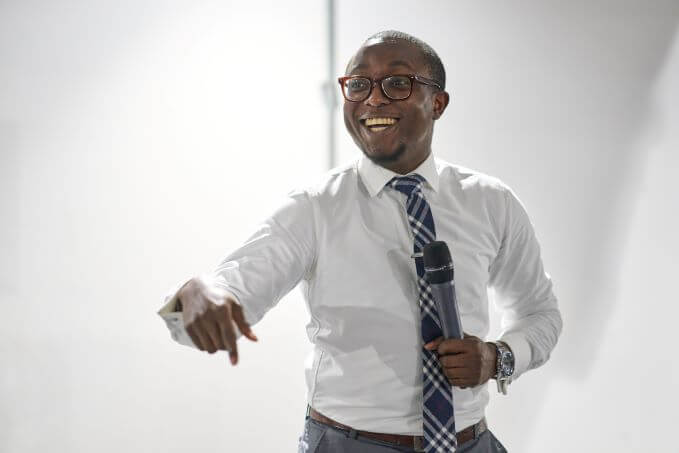 An entrepreneurship graduate from Aston University is one of the panel of experts judging the Tech Awards 2022 as part of Birmingham Tech Week, the UK's largest regional tech festival and conference, which is being held from 10 to 14 October.

Davies Okeowo, originally from Nigeria, graduated from Aston Business School with a masters degree in entrepreneurship in 2021, after which he founded the company Novel Innovations Ltd which provides business management software that gives micro businesses access to business insights.

Earlier this year, Davies was shortlisted in the start-ups and enterprise category of the Future Faces annual awards organised by Greater Birmingham Chambers of Commerce to recognise and celebrate young talent across the West Midlands.

“Davies Okeowo came from Nigeria to study at Aston University and was awarded a partial Aston Enterprise Scholarship for demonstrating his potential to be a successful entrepreneur in the future.

“Realising that potential, and utilising his learning from Aston University, Davies has since started his own tech business. His achievements have already been recognised by being shortlisted for a Greater Birmingham Chambers Future Faces award earlier this year.

“We at Aston University are delighted and proud that he is now a judge for this year’s Tech Awards.”

Aston University gears up for annual conference around financial wellbeing

Aston University gears up for annual conference around financial wellbeing