Antibacterial bioactive glass doubles down on microbial resistance to antibiotics 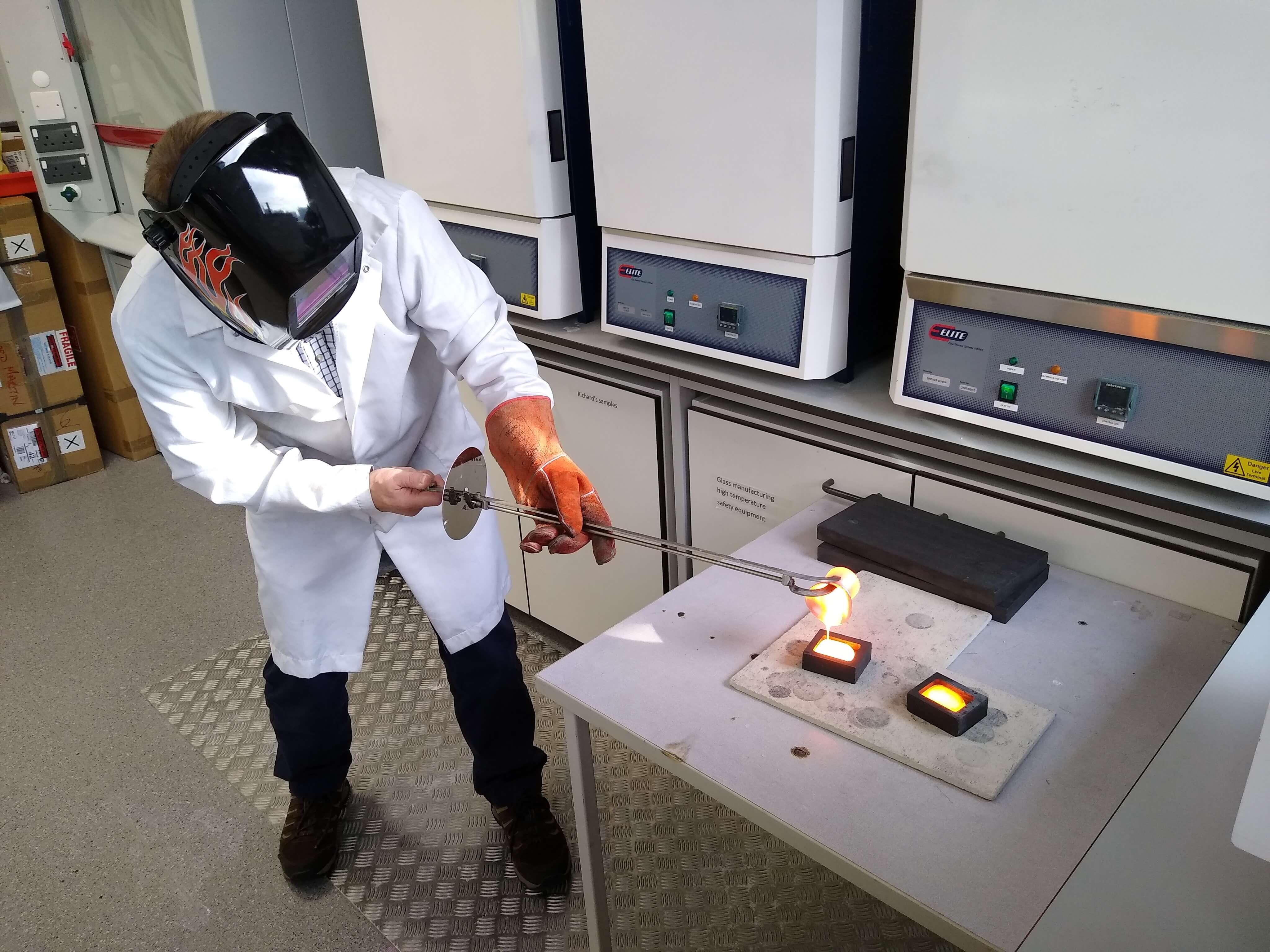 Infections linked to medical devices such as catheters, dental implants, orthopaedics and wound dressings could be dramatically reduced using a simple technique, according to new research.

Scientists at Aston University have found a way to significantly increase the antimicrobial properties of a material used in many medical devices and clinical surfaces: bioactive glass.

The Aston University team had already developed bacteria-killing bioactive glass laced with a single metal oxide of either zinc, cobalt or copper. Their latest research combined pairs of metal oxides in the material - and found that some combinations were more than 100 times better at killing bacteria than using single oxides alone.

Bioactive glass is made from high-purity chemicals designed to induce specific biological activity, but the type currently in clinical use – often as a bone filler – does not contain antimicrobial substances. The Aston University research showed that combinations of metal oxides can improve the antimicrobial properties of bioactive glass and the researchers believe this approach could be applied to other materials for clinical use.

Many bacteria that cause infections – such as Escherichia coli and Staphylococcus aureus – are becoming increasingly resistant to antibiotics, so new ways to prevent infections are urgently needed.

Professor Richard Martin, who led the research at Aston University’s Engineering for Health Research Group, said: “Antibiotic drugs have been used in combination since the 1950s, as two antimicrobials can broaden the spectrum of coverage by aiming for different bacterial targets at the same time. Our research is the first to show that this combination approach can work with materials as well.”

Professor Martin and his colleagues Drs Tony Worthington and Farah Raja created bioactive glass laced with small amounts of cobalt, copper or zinc, and combinations of two of the three oxides. They then ground these into a powder which they sterilised, before adding it to colonies of E. coli, S. aureus and a fungus, Candida abicans. They compared the effects of the standard glass and glass with either solo metal oxides or the combinations, measuring bacterial and fungal kill rates over 24 hours.

All of the metal oxide-laced glass – both single and combined – performed better than the glass alone. Copper, combined with either cobalt or zinc, had the strongest effect on the bacteria, followed by a combination of cobalt and zinc.  Both copper combinations were over one hundred times better than single oxides at killing E. coli, while copper and zinc was similarly effective against S. aureus. The cobalt and zinc combination had the strongest effect on the fungus.

Professor Martin said: “It was exciting to run our experiments and find something that is significantly better at stopping infection in its tracks and could potentially reduce the number of antibiotic treatments that are prescribed. We believe combining antimicrobial metal oxides has significant potential for numerous applications including implant materials, hospital surfaces and wound healing dressings.”

Dr Worthington added: “We have shown that co-doping surfaces with these combined antimicrobial metals, including copper, zinc and cobalt, could reduce bacterial adhesion and colonisation to surfaces or devices used in clinical practice. The use of antimicrobial metals is potentially the way forward, given discovery of new antibiotics is currently limited.  We would urge manufacturers to investigate whether our new approach could be used for their biomedical materials.”

About Aston University
Founded in 1895 and a University since 1966, Aston is a long established university led by its three main beneficiaries – students, business and the professions, and our region and society. Aston University is located in Birmingham and at the heart of a vibrant city and the campus houses all the university’s academic, social and accommodation facilities for our students. Saskia Hansen is the interim Vice-Chancellor & Chief Executive.