Is net zero worth fighting for? Climate change in the age of emergency

In contrast, the Net Zero Scrutiny Group of backbench Conservative MPs (along with others on the political right) wants the government to abandon the target, claiming it makes the UK uncompetitive. Meanwhile, as individual citizens, we are encouraged to make our own carbon footprint calculations, and change our behaviours and choices so that we too can reduce or ‘offset’ our emissions.

In this presentation, Dr Graeme Hayes will talk about what net zero means and what it doesn’t mean, what it tells us about climate change and what it leaves unsaid, why calculating carbon footprints is helpful and also why it isn’t, and will argue that net zero is a terrible idea which could probably only be made worse by abandoning net zero. He will end by asking exactly where this leaves us - and what the role of protest and collective citizen action might be. Questions welcome!

Dr Graeme Hayes is a Reader in Sociology and Policy at Aston University. His research focuses primarily on social movements, with an emphasis on protest strategies. He is especially interested in the criminal trials of social movement activists. 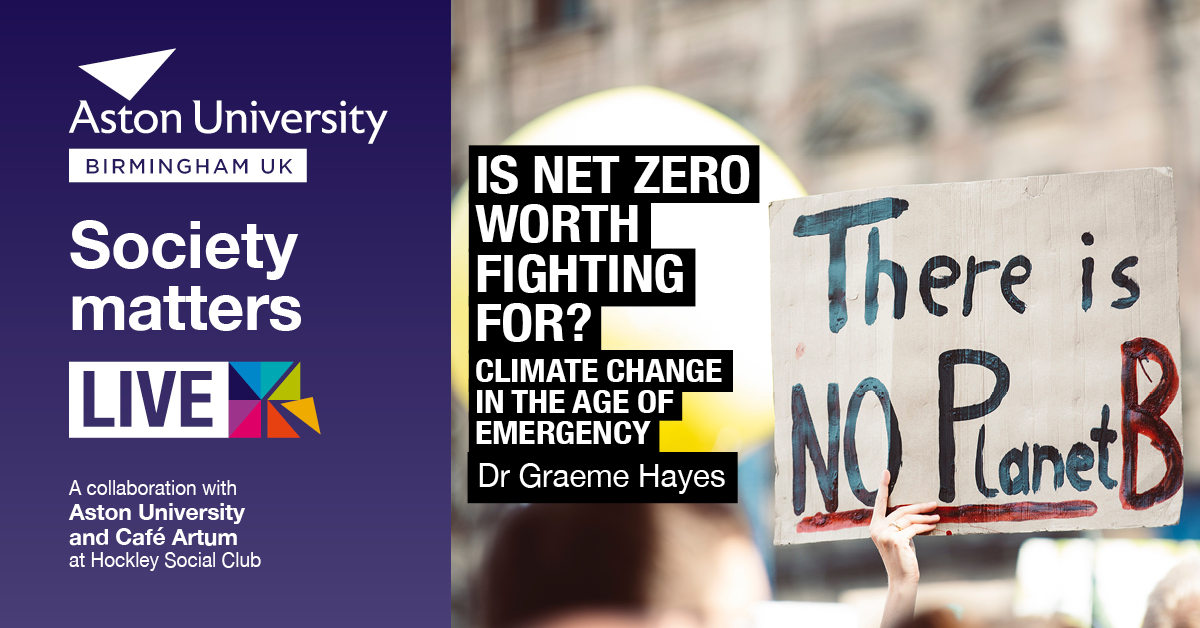 Catch up on all episodes of the Society matters podcast: https://www.aston.ac.uk/bss/social-sciences-and-humanities/society-matters-podcast

This limited-capacity event is free to attend and open to all members of the public.

Register your place
Back to all events