Parminder Saini began his journey with us at Aston University in September 2019, enrolling on the BSc (Hons) Computer Science course with a placement year. Though he didn’t have much experience in coding, prior to attending university, Parminder didn’t let this stop him and used his passion for technology.

So, why Aston University?

Parminder was attracted to Aston University when he looked further into the placement year that was being offered for his third year. This is something that essentially became a large factor weighing into his decision to join the Aston University community, and Parminder has gone on to prove this by succeeding in his placement.

Before attending university, Parminder expressed an interest in software engineering, and he pursued this close to home as well as for three months in Italy. In doing this, Parminder found that he wanted something “a bit more practical” which then steered him towards the computer science route.

Roles and responsibilities at work

Approaching his placement year, Parminder kept on top of positions and vacancies that were available to him through the Careers and Placement website, which is where he found that Blueberry Consultants Ltd were advertising a placement for a software developer. Parminder applied for the role, but when speaking to the managing director in his interviews, he expressed interest in UX/UI design and was then considered for a potential role in this field.

After this, Parminder was invited to create and share a demo of his skills, and upon seeing this he was promptly offered the position. As an enthusiastic and eager young student, Parminder has taken on many roles and has many jobs within his placement. This includes communication between himself and the client requirements. He is then able to gather information from his internal team about technical and time constraints which he can refer to when creating his mock-ups. Based on his original mock-ups, he receives feedback and edits and improves them in order for him to then hand over the designs to developers.

How Aston prepared Parminder for a work environment 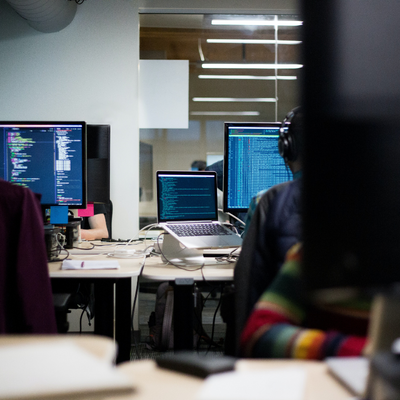 When asked about how Aston University helped him adjust to the placement lifestyle and work environment, Parminder expressed how his group projects from his separate modules proved useful and taught him “how to approach the project”. His first two years at university allowed him to really grow and not only develop his academic skills, but also his inter-personal skills when working with new people and collaborating on group projects.
When building his experience of working with others at the university, Parminder was able to project his voice and ensure his thoughts were heard when presenting ideas or theories to his team, and he credits Aston University for giving him the opportunity to do this as it comes in handy on a daily basis for his work projects. Initially, he would tend not to share his opinion, however from personal growth and building relationships with his fellow classmates, Parminder learnt to engage with the conversation and express his opinion. He also found that the varied learning experiences that he was faced with at Aston University, whether it was an individual or group project, helped him to understand time management and deadlines in a professional environment and was able to work out a balance between quality of the project and the necessary time taken to complete it.

Parminder’s key piece of advice towards students looking to apply to Aston University and jump start their career would be to look into the placement year. Completing this placement year himself, Parminder is able to provide a point of view that shows how he progressed into this year and credits it as something that he could apply his university skills to. The placement also gave him a better idea of which optional modules he would like to focus on in his final year, and therefore he can’t express enough the true advantage of completing a placement year alongside studies.

Where is he now

At his placement today, Parminder is a Trainee UX/UI Designer, but this does not limit his ability as he also works on some software development tasks for the company. After completing UX/UI design on his placement, he is able to see how his education and passions fits into this career and hopes to further develop this in the future. At the moment, Parminder is eager to start back at Aston University to complete his final year with a year of professional experience in his back pocket, and new skills that he can take back to further enhance his education.

Find out more about our Computer Science courses