The research camp is a mix of plenary presentations and thematic workshops. Two parallel workshops will run after the plenaries each day. Workshops are led by four highly recognized professors with distinctive and current research ideas.

The research camp also offers a pre-camp research workshop, where scholars can meet with Professor Hulland to discuss research ideas in an open forum format. This pre-camp workshop is strictly limited to 25 attendees on a first-come-first-served basis.

Please see below for the full pricing list prices:

When registering for the research camp, please choose the two workshops you want to participate in (one in each set of two). 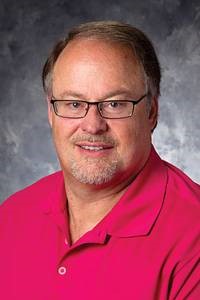 John Hulland is a professor of marketing, and the current Editor-in-Chief of the Journal of the Academy of Marketing Science (JAMS), regarded to be one of the most influential and widely cited journals for published research in the field. Hulland was an Area Editor for JAMS from 2015 to 2018 (when he was appointed as Editor), and served as an Area Editor for the Journal of Marketing from 2011 to 2018. The Academy of Marketing Science is an international organization of marketing scholars. It is dedicated to promoting high standards and excellence in the creation and dissemination of marketing knowledge and the advancement of marketing practice. JAMS is one of the Academy’s two scholarly journals, and is published six times annually by Springer.

Hulland joined the Marketing faculty of the University of Georgia (UGA) Terry College of Business in 2011. Previously, he was a marketing professor at the University of Pittsburgh for a decade, and before that at the University of Western Ontario’s Ivey Business School. He received his PhD from MIT. In 2012, Hulland was named to the Emily H. and Charles M. Tanner Jr. Chair in Sales Management at UGA.

Honoured many times for his teaching, research and mentorship, Hulland has been named a "Best Reviewer" four times in his career, including twice by the Journal of the Academy of Marketing Science in 2010 and 2015, and once by the Journal of Marketing in 2005. He has been named “Teacher of the Year” three times by the Masters of Marketing Research program students, and in 2016 received the Terry College’s Teaching Excellence Award. He has co-authored more than 50 journal articles and written 35 case studies. He also has extensive experience teaching in executive programs in the United States and overseas, and serves as the graduate coordinator for the Terry Marketing department’s PhD program.” 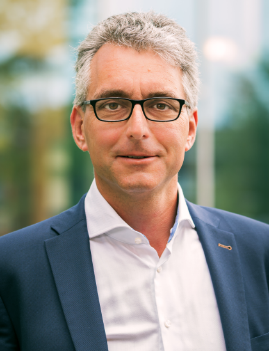 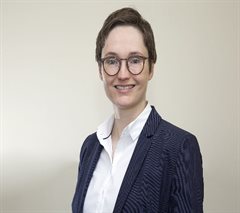 Professor Lena Steinhoff is Assistant Professor of Service Management at the Institute for Marketing and Service Research at the University of Rostock, Germany. She is also a Research Fellow of the Sales & Marketing Strategy (SAMS) Institute. Her research interest is relationship marketing. Specifically, Lena Steinhoff explores the intended as well as the unintended effects diverse customer relationship management instruments (e.g., loyalty programs) might spur and derives implications on their optimal deployment.

Lena Steinhoff served as a consultant and research advisor to several firms in business-to-consumer as well as business-to-business industries. In 2016, she conducted a workshop for 60 executives on understanding and designing effective loyalty programs at University of Washington’s Center for Sales and Marketing Strategy. 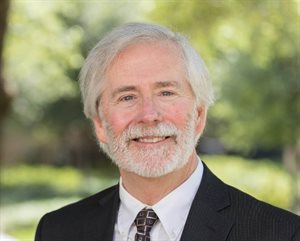 Greg W. Marshall is Professor of Marketing and Strategy in the Marketing Group at Aston Business School and also serves as the Charles Harwood Professor of Marketing and Strategy in the Crummer Graduate School of Business at Rollins College, Winter Park, Florida, USA. At Rollins he is also the Academic Director of the Executive DBA program and for three years he also served as Vice President for Strategic Marketing for the university.

John Cadogan is a professor at Loughborough University, where he has held numerous faculty positions since 2003, and is Editor-in-Chief of International Marketing Review.

He is also an Honorary Professorship and Docent at LUT, Lappeenranta, Finland, and holds visiting positions at the University of Eastern Finland, and at East China Normal University, Shanghai.

John’s research has been recognised with numerous prizes and awards from journals and professional associations.

Lara Lobschat is Assistant Professor at the Department of Marketing and Supply Chain Management at Maastricht University.

Her research philosophy follows the aim to answer managerially relevant questions by analyzing both secondary and/or primary data with rigorous empirical analysis techniques. Especially this managerially-oriented approach and the respective research output have already been honored, e.g., by the Horizont Stiftung (Early Career Grant, 2015) and by MOA (Insight Scientist of the Year, 2018). Her research has appeared (amongst others) in the Journal of Marketing Research, International Journal of Research in Marketing, Journal of Retailing, Journal of Service Research, Journal of Interactive Marketing, and Journal of Business Research.